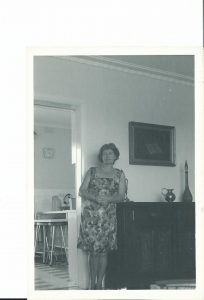 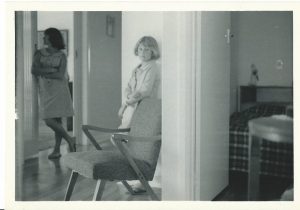 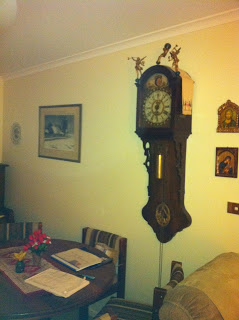 My mother does not have much by way
of a literal inheritance to leave her children,  but she tells me each of us can have one of the ‘precious’ items from our childhood that now take pride of place in her living
room.
‘I don’t want you to fight over them,’ she said when I visited last week.
I don’t see that we would, at least not overtly, but there is one single
item that to me stands out above all others – the grandfather clock – my grandfather’s clock, the one he
sent to my mother in Australia from Holland way back in the 1960s.

‘It’s the only thing of real
value,’ my mother said.  ‘It’s an
antique.’
I’m not sure I can speak for the clock’s actual value but its sentimental value to my mother and to her children is
great, or at least I imagine it is great for my siblings as well.
My mother has elected to give this clock to one
of my brothers.  It is the only
item that she has itemised specifically for one or another of us, except for her
piano, which goes to my older sister, the only one who ever learned to play properly.  That is a given.
I don’t know where the idea came
from, but for several years now I have lived with the belief that one of my
younger sisters coveted that grandfather clock since we were children.
You know how it is, in those conversations
children sometimes have with their parents: ‘When you die, Mum, I want you to
leave me your banjo…’
In this way, my daughters divide up my
jewellery – what there is of it – again not for its actual value, but for its emotional value, particularly my wedding ring.  Given the fact I have four daughters and only one ring, a
ring created and cast in gold by a friend now long dead, we have thought to
make a fresh cast of the ring so that all my children can have a copy.  But that’s another story.
My mother says she wants to be
buried with her rings, or else they will need to be cut off.
That’s fine, my older sister reckons,
but to her it seems a waste to bury diamonds.
There seems to be a debate between
the actual value and the emotional value. To me, my mother’s diamonds hold little
value.  They come from the rings her second husband gave her.  I
care only for the rings and things that come from my childhood, narcissistic as
that might seem.
The things that
existed in my childhood that live on in my memory, they are the things I desire
most:  the paintings of windmills in Holland,
and of Europe in the winter, the wall hangings my mother hand embroidered, the
statue of the blessed virgin Mary, and the crucifix.
I sensed my mother was a little
surprised when I asked if I might have the crucifix, not for religious reasons – though I did not tell my mother that – more for its significance as an icon from
my childhood that sits in my memory like a beacon. 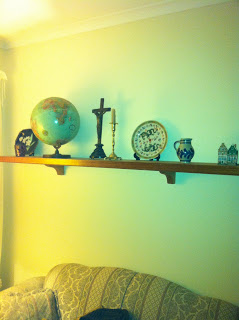 ‘Take it down now then,’  my mother said.  ‘Write your name underneath.’  I suggested that – with help – she might
like to write behind or underneath each object or painting the name of the
person to whom she wants to leave it.
‘But I prefer to give each of you
something you like.  I want you each to choose.’
All except the grandfather clock, and I told my mother then how much my younger sister had always wanted that clock,
she perhaps more than any one of us.
But no, my mother still wants to give it to my brother.
Why, I asked, why this
brother?
‘He never married,’ my
mother said.  ‘He lives
alone.’
A clock like this could make his
home homely.  A clock like
this belongs in a cosy house.  A
clock like this would keep him company.
My mother went on to tell me how
she had stopped the clock from working when the grandchildren came along.  She did not want any of them to get
hurt playing with the brass metal weight on the end of the chains at the base
of the clock.
But my brother could reassemble
it, she said.  He could get the clock working
again.
And so he could measure the passage of time, tick tock, tick tock, the
grandfather clock his constant companion.
I do not know what will happen to
the clock or the crucifix or any of the other memorabilia of my mother’s life,
but at least I can write about it, as I did once in a short story – literary license and all that:
The girl hesitates
at the front door as she pulls it shut behind, long enough to catch a glimpse
of the statue of Jesus hanging from his crucifix on top of the piano
in the front hall.  His feet are cracked
where the nail has been driven in and although someone has tried to glue the
feet back in place the plaster has split up to his knees and he now hangs
loosely from his arms and swings in the updraft from the open door.