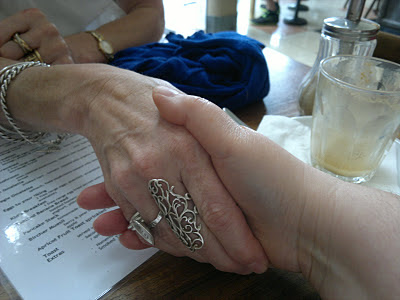 Usually he makes straight for the cat door unprompted and goes into the garden to do his business but this morning he would not leave his bed.

When I called to him after several prompts he hobbled out. He could not put any weight on one of his front legs and it looked to be broken. He managed to limp out and then flopped on the floor.

I panicked, consulted my husband and both agreed that we would need to take him to the vet despite its being a Sunday.

I rang the Lort Smith animal centre to make an appointment. The Lort Smith is miles away in north Melbourne but they provide seven days a week attention.

I sat in a queue on the telephone, the ninth caller. I put the call on loudspeaker and had time to make a cup of tea and to bring the dog some breakfast and water which he sniffed at but declined.

I was even more worried then and went out phone in hand listening to the prompts in an effort to distract myself. I was now sixth in line in the queue. I went to get the newspaper and when I returned there was the dog on all four legs eating his breakfast.

So there you have it: an emergency that converted into almost nothing in the space of ten minutes.

We decided the dog must have slept on his foot and his leg had gone numb, as sometimes happens to us humans. He would have woken up to a numb leg or to pins and needles and it needed time for the circulation to start moving again.

What a relief. And so it is. I tell myself. I can panic so easily and sometimes the panic is quickly resolved. I did not panic when I went to meet fellow blogger, Isabel Doyle, on Saturday at 11 am in the cafe Moravia on top of the Bourke Road hill in Camberwell, but I was a little apprehensive. My husband had walked up the hill with me for company. He joked that I might ring him if it looked as though there would be trouble, ‘If you get kidnapped or anything’.

I had told him I was off to meet a writing friend whom I had not yet met offline.
‘How will you identify her?’ he asked. Isabel had emailed to tell me she would be seated close to the front of the café if not at an outside seat and she would be carrying a pink floppy hat.

And there on the chair at the second table as I walked in was the pink floppy hat hung over a chair like a flag, and there was Isabel.

We shook hands, not so timidly as I might have expected, but with some hesitation.

It was her accent that caught my attention first, beyond the sparkle of her eyes and a strange look of familiarity, although as far as I know I have never seen Isabel in real life not even in pictures on her blog.

Later, she asked if I had recognised her from her blog profile, a painting. Her profile features an abstract portrait and to be sure I could not recognise anyone from it, but after the event I could see similarities, something about the colours in the portrait and the lines.

They take in the dark of Isabel’s short wavy hair and the colour that seems to surround her pale skin, her bright cheeks, a white top and for me some sense of vermilion in the air, like sparks, or a fuchsia pink, maybe, the colour of her floppy hat.

I am not so good at recounting physical details, as I am at remembering her words and voice. We talked at length about Isabel’s accent, her ‘ou’ vowels that she told me her daughter, who is into linguistics, reckons gives her away. There’s something of her Canadian experience, something of her British background and something Australian all rolled up in one.

For some reasons accent matters to me. The sound of Isabel’s voice was charming. I could only apologise for my own broad Australian nasal twang. Long has it troubled me.

For the next two hours and twenty minutes we talked – as you do – about her life, about mine, details of which do not belong on a blog.

We were interrupted after a time by Isabel’s husband and son. They were on a mission to exchange the shirts that Isabel’s husband had bought the day before, but which were not quite the right fit.

Isabel’s son had come along for driving experience. They, too, father and son, had jokingly worried about their wife and mother being spirited away.

The idea is that it is dangerous to encounter people you meet online in person. It has become the new mantra, akin to the ‘don’t talk to strangers’ we learned as children.

I am wary but my instincts told me all would be well with Isabel, and it was. It was such a privilege to meet her and share something of our lives, our thoughts, our ideas, and our writing.

Isabel lives far from here and for this reason we will not meet except perhaps occasionally.

My time with Isabel reminds me of some of the lovely encounters I have made with women I have met at conferences. They walk into my life and then out again and we lose contact.

But at least Isabel and I have an ongoing hand shake through our respective blogs to keep our connection alive. A writer in exile who to my mind came out of exile briefly to share time with me and for this I am grateful.

We made a connection.

58 thoughts on “Don’t talk to strangers”