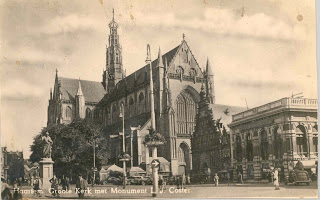 The money collectors are out on
street corners in honour of the Good Friday Children’s Hospital appeal.  I try not to resent the rattling of
tins at every intersection I pass through on my way home from the airport.  One of my daughters is off to China
with her boyfriend and we were up at 4.45 am in order to make their flight to
Sydney and from there onto Shanghai.
Most years I relish the quiet of
Good Friday but this Good Friday has already been anything but quiet.  It’s the middle of the day before I
have a chance to sit down and write.
Yesterday a free-standing brick
wall on a construction site fell over in Carlton killing two young people and
critically injuring a third.  An
hour or so later a couple of suburbs away in Richmond a truck clipped a car at
a busy intersection, mounted the curb and then struck a fourteen year old
schoolgirl on her way from home.
She died at the scene.
Two freak accidents which have left
me waiting for a third and so frightening on Holy Thursday, the Thursday before
Easter,  or so it has been named in
my family on my mother’s side for generations.  Holy Thursday and the last supper.
I can only think of the families of
those young people who died, through no fault of their own.  A freak accident.  In the wrong place at the wrong time
and try as I might everything else pales into insignificance.
The people rattling their tins
offer broad and coaxing smiles –
give give give.  Most are
dressed in uniform, from the fire brigade, to the SES, even school kids.  Collectors with arm bands and bright
coloured tins.  All collect for
charity.
On the way home from the airport
another daughter and I stopped in Carlton at Baker’s Delight to buy some bread and encountered a family of fire
brigade collecting folk, father, mother and a few children.  They were all dressed in fireman’s
overalls and rattling their tins in the faces of diners at one of the open air
cafes where patrons enjoy their meals on the street footpath.
I tried hard not to judge.  All in a good cause and people were
polite and agreeable but inside my head I thought the collectors were
intrusive.
It’s not a bad thing I know but
still the part of me that resiles from too much generosity cringes.  Maybe such ‘begging’ has the hall mark
of my overly Catholic childhood where excess generosity hid all sorts of
atrocities.
It’s sometimes hard to put the good
deeds of the church up against the things that go on behind closed doors – the
abuses, not just of children, but of others who are powerless to protect
themselves.
I went to an Anglican service on
Wednesday night where one of my daughters sang in the choir.  I went to listen to her singing but the
religious elements were to the fore,
not that they convinced me.
I enjoyed the spectacle, the back
and forth chanting across the church hall, the slow extinguishing of six of the
seven candles in the centre of the church until a church helper in black robes
took the last one from the church –
to symbolise Christ’s death or so it said in the accompanying pamphlet –
and we were left in darkness.
As I looked around at some of the
people in the church, those whom I imagined had arrived out of conviction
rather than from a wish to hear their children sing, I felt a twinge of
jealousy.
Oh, to believe.  To have such conviction, and a certain
view the world and our place in it.  I have no such certainty.  As much as a part of me admires them their confidence,
another part of me shudders.
And there’s a shut out quality for
those who don’t believe.
I felt this as a child growing up
within the Catholic church.  There
was ‘us’ and there was ‘them’.  And
belonging to the ‘us’ part of the equation offered security.  We were on the right path, the one true
faith. The rest, the poor misguided souls were headed elsewhere.
We could pity them.  We could have some level of respect for
their mistaken ways but we were on the side of right and might and all was
well.

My mother’s church from whence some of my sense of certainty first sprang.
I lost that certainty a long time
ago but these days when  I see
signs of it elsewhere, and not just within religious institutions – it exists
in football clubs, political parties, professional groups – I can feel the same
cringe of exclusion, but this time from the other side, from that of the
outsider.
The same fear of and longing to
belong.

21 thoughts on “Longing to belong”