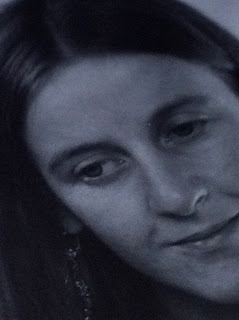 Twitter
They arranged a dinner party for the Saturday night, a dinner
at Rosie and Joe’s house, a dinner supposedly to celebrate the Cup Day weekend, but in my mind more a front for meeting me.
I had met the man who was to become my husband only three
weeks earlier.  From the outset I
knew he was part of a group of friends, close knit friends, friends who were so
keen on each other, so much in each other’s pockets, that they met monthly to
discuss the possibility of forming a commune together, in the country
somewhere, close to the beach for easy escape, Wilson’s Prom, Kennett river,
far enough out of Melbourne to avoid the nuclear holocaust they were convinced
would happen any day soon. He did not speak to me in the car on our way home until we
closed the front door of his share house behind us and creaked into his
bedroom.
‘You’re going to have to apologise,’ he said.  ‘If you keep this up you’ll need
therapy or we won’t make it.’
I telephoned Verity.
‘What are you talking about?’ she said.  ‘It was a lovely evening.’
I telephoned Monica.
‘That’s okay,’ she said.  ‘We all get carried away sometimes.’
I telephoned
Rosie and Joe.
‘You should have seen Monica the night she drank too much
and fell asleep at the table.’
I had been accepted into the inner sanctum, perhaps, but
there was a caveat.  I saw it in
their eyes when next we met.  I saw
the way they looked at my husband to be at the first commune planning meeting
we attended together.
They wanted people in the commune with practical
skills.  They wanted people in the
commune who could cook, keep house, make babies.
They did not want people in the commune who got drunk,
smashed pottery or woke babies.
It became a choice then: me or the commune.  My husband to be needed to choose.
Share this Post....