In 1997 when my youngest daughter was three years old, I joined a novel writing class at the Council of Adult Education (CAE) in the city.

The course constituted one unit from the CAE’s Professional Writing and Editing Certificate and was my only subject that year, given I worked full time and could not manage more.

I chose novel writing in pursuit of a particular teacher and writer Janey Runci.

Together, we met with some twenty students in an old white walled room up a dark set of stairs in Degraves Street above the CAE bookshop where they also sold paints, brushes and easels to budding artists.

I chose novel writing despite the fear I no more had a novel in me than could fly, but I wanted to write my story, which I started under the guise of fiction.

Whenever Janey Runci suggested an exercise, say one in which we might imagine our character in conversation with another, I went to my memories of growing up in my large and troubled family.

I did not let on this was my story no matter how obvious. I noticed there were others in the class who drew on their own lives for material, too, but always we talked about our stories as fiction.

It suited me to write from this distance. 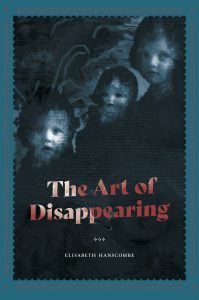 My book, The Art of Disappearing, which is still at the printers but should very soon materialise, began in this white walled room, with its grey flat topped desks and plastic chairs, where our teacher Janey Runci inspired us to get words down.

It has taken me the years in between to raise four daughters, to work in my chosen profession as a psychotherapist, to complete a PhD in Life writing and the desire for revenge and to flesh out my memoir.

This book has taken me twenty years to write and after many different versions, revisions and struggles, I have chosen to limit my story to childhood into early adulthood.

I hope one day to write more about aspects off my adult life but for now my focus is on that most compelling of times in any person’s life, childhood.

I’ve put up invitations to right left and centre on Facebook, and the invitation is also included on the Readings website but here on my quiet blog I’d also like to announce the launch:

Gerald Murnane will launch my book.

He promises to speak for ten minutes and no more. I promise to do likewise.

We will not inundate people with lengthy words of wisdom but I hope it turns out to be a jolly time for all.

The book has taken twenty years in the making, and a lifetime in the living. 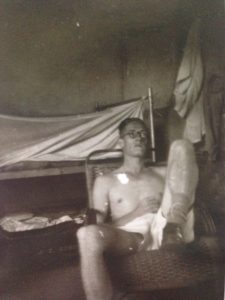