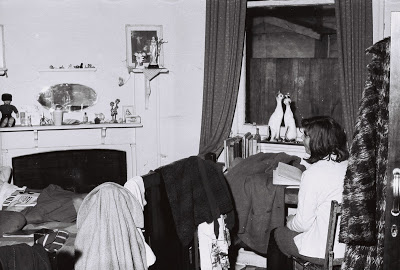 My seventeen year old slept overnight at school last night with a group of forty other senior school girls in a gesture of solidarity with the homeless. It was intended as a fund raiser but my daughter is a little sceptical about the value of such exercises when it comes to making a real difference to homelessness.

‘Better to join a soup kitchen,’ her boyfriend had suggested. I’m inclined to agree.

I bought my daughter a padded mat from Kathmandu to avoid sleeping on the bricks of the school’s breezeway and despite the fact that such a ‘mattress’ does not exactly emulate the plight of the homeless my daughter agreed to use it.

Now we have to figure out how to deflate this amazing piece of padding. It is self inflating and operates by opening and closing the nozzle. Every time I open the nozzle though I cannot be sure whether it is inflating or deflating.

Perhaps, as my husband says, we should read the instructions first.

I tend to by pass written instructions. I like to figure out things for myself and invariably as with this inflatable self inflating sleeping bag I find myself in trouble.

It’s a type of laziness I expect, the voice within that says ‘let me at it’. I can figure it out, only to be stymied at the first obstacle.

I have been reading about shame these last few weeks, shame and the way it links to grief and death. Jeffrey Kauffman’s series of essays on The shame of Death grief and trauma I had never thought of shame like this before, I had never considered that the essence of shame lies in our bodies and our vulnerabilities and how difficult we find it to accept the limitations of our bodies, especially when it comes to illness and death.

Perhaps this is one of the reasons why I hesitate to go through the process of having a colonoscopy. I even shudder to write the word. I expect you all know the procedure.

For some reason that I cannot fathom I have always held a morbid fear of getting bowel cancer. There is no history of bowel cancer in my family, not as far as I know.

I’m not sure how to put this. I wonder whether it has to do with that part of the body, the hidden part that ends in the anus and is so closely related to the toilet. I suspect part of my fear and my deep shame goes back to some childhood anxiety about bottoms and poos and all those secret bits of bodies that go on underneath.

When I was little I imagined that my soul which was meant to stay pure and white was located in my bottom close to my poo hole. I do not know where this idea came from but it has long stayed with me. The idea that centre of my soul on which all sins were marked as dark stains was located so close to the dirtiest part of me.

Maybe my adult fear of bowel cancer harks back to this. And perhaps for this reason I have long resisted the idea that I should endure a colonoscopy if only as a screening procedure to rule out any polyps or precancerous cells.

I’m not too ashamed of being unable to deflate the Kathmandu bed mat. I don’t expect that of myself, but there are areas where I do expect more of myself and it is in these areas where I suffer the most.

In an effort to break up the text and to illustrate some aspect of my earlier shame I include a picture here from my childhood, one that demonstrates the clutter in which we once lived. I’m the headless one on the bed.

And in this photo, I’m the one on the left with long fair hair. The girl facing the camera was a visitor. The other two are siblings. In black and white the room may not look quite so bad as I once imagined, the mess and the clutter that is, but in my memory it is. 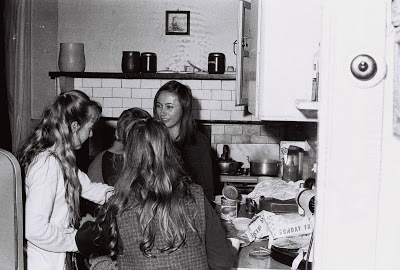 And did you know that shame and pride are close cousins? Pride to cover over our shame. I think often about my mother’s pride and how much I have soaked it in.

These days I sit with my mother in her retirement village room and listen yet again as she boasts about her age.
‘I’m 91 years old. I don’t get sick, It’s amazing. Other people here, all the other people here are coughing and spluttering. So many have the flu, but me not a sniffle.’

‘That’s good’ I say. ‘But if you get so much as a sniffle, or a tickle in your throat you must tell the doctor straight away.’

It feels like a threat. My mother towards the end of her life refuses to recognise the possibility of her death any day now, and I’m not far behind reluctant to acknowledge the same about my own.

In my family we boast about our good health, our genes, our immunity.

I spread the sorbolene cream over my mother’s legs and pull back once again at the stale smell that wafts over me whenever I take off her slippers. They are all she wears on her feet these days, special slippers, with Velcro strips that adhere together to make for easy wearing. She cannot otherwise get her slippers on and off. They smell of the vinegar of old age and dead skin.

She knows it, I suspect. My mother knows that her feet let off this sad stale smell but she says nothing.

I say nothing but spread the white smooth cream up and down her ankles and calves as if they are my own.

There’s a dark spot like a blood blister that I had not noticed before. I rub it with the tip of my finger. It’s smooth to touch.

‘I noticed that too, my mother says. It wasn’t there before.’
‘The mark of death,’ I want to say. ‘Your skin is breaking down.’

But no. ‘It’s probably just a blood blister,’ I say. ‘I get them all the time, ever since I had babies.’

‘Nothing to worry about then,’ my mother says.

‘Maybe mention it to the doctor next time you see him.’

All this emphasis on our bodies. All this effort to reduce our skin and bones into efficient machines that might go on forever, if only to keep out the cold and the shame. 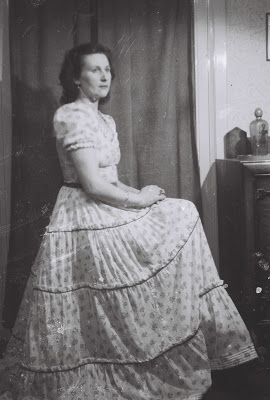