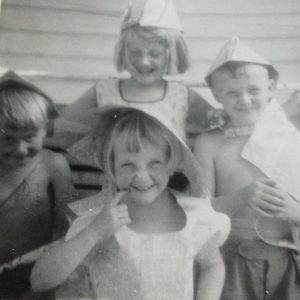 You can always tell the age of a woman by the state of her elbows and of her neck. Or so my mother told me.

Old necks turn to turkey flesh and pucker. Elbows take on the look of sphincters, those muscle bound orifices that are best left concealed.

I do not make a habit of studying women’s necks and elbows but the thought remains embedded in my brain as if it is yet another aspect of being alive that we must overcome: cover your neck and elbows so that no one else will notice, the fact of my ageing.

More and more we read about it, not just the stuff on the surface, the stuff underneath, the creaks in muscles especially those that form part of your back and hips, the ones that help you to stand upright, to walk and to run.

The cracking of your bowels and the occasional reflux from your gut that tells you even down there, where the food is received and expelled, things no longer work so well.

My mother told me, you can always tell the women who’ve spent too long in the sun. Their skin turns to gravel, pocked and pitted like the stones on a riverbed but not so smooth.

My mother told me about her sister who wrote from Holland about a prolapse. As a child I imagined my aunt’s insides running out through the hole below. I could see my aunt on the dance floor, her insides trailing from under her ball gown, like so many red jewels.

It happens when you get older, my mother told me. And when you have children, too many children like her, your stomach muscles lose their elasticity and you need to wear girdles or supports to keep them in place, otherwise you flop all over the place like so much custard.

My mother told me, the worst part of growing old was the invisibility. People do not look up when you shuffle into a room. People do not offer a smile of admiration when you wear a new dress or perfume, when you spread lipstick across your lips the way she did when she was still a young woman able to command attention.

You slip back into the place of childhood, into that place where you might stand longest in the queue because the person serving has not noticed you standing there huddled over in your thick coat to keep warm.

The greyness of your hair merges with the colour of the sky on a winter’s day, which becomes a type of Ground hog day when it slows itself into a predictable routine.

And nothing new happens from one minute to the next save the tedium of getting dressed each morning, of showering with assistance and of getting yourself to meals in the retirement village where you can no longer have conversations because you and all the people around you repeat things again and again as if you had not already said them because those in the dining room together with you are too hard of hearing, and too lacking in short term memory to be able to chat.

My mother told me you slip out of the spotlight and even your children begin to forget you, other than as an obligation that they must honour once a year on Mother’s Day and if you’re lucky on your birthday, but hardly ever at Christmas anymore because they are too busy tending to their own lot.

Look at you in the mirror there. No longer smooth skinned and full of life.

And when you meet someone for the first time in ages, the thought goes through their mind as fast as it goes through yours: You’ve aged.

As if it were a crime. A crime of indecency, an insult to others, but most of all to yourself.

‘I have watched tears flood the eyes of grown women, loved women, women of talent and accomplishment, for no reason other than that a small child in the room, more often than not an adored niece or nephew, has just described them as ‘wrinkly’, or asked how old they are.