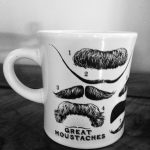 My husband’s brother dropped in
this morning, too early for my liking.
I find myself trying to work off my resentment as I offer him a cup of
tea.
My husband has gone for a
shower while I make small talk.  My brother in law sits at the table.  his boots scuff at the floor.
My husband supports my wish to
write uninterrupted in the morning.
He cannot help that his brother arrives early before he, my husband, has even had a
chance to dress.
My brother in law
knows the drill.  He knows that
after I have said my hellos and poured him a cup of black and sugar free tea, I
will leave the kitchen and escape to my writing room.
He knows this and seems
sanguine about it but I am troubled by what seems to me like rudeness.
You do not leave guests
unattended.
My husband will join
his brother in a few minutes and then I can close the door on them both and get into my
own world, but for a moment I am riddled with the guilt that comes of not being
hospitable.
How would it be today had my
husband’s brother not suffered trauma at birth all those years ago?  Had he not been starved of oxygen as he
first entered the world?  Had he
not been born with a mild form of cerebral palsy?
My husband’s brother grew up
the oldest of six children but the responsibilities of first born fell to my
husband who came next.  These
responsibilities continue to this day.
My brother in law passes all his correspondence onto my husband who
sifts through, sorts out and fills out forms as necessary, ever since their
parents died nearly twenty years ago.
My husband and I laughed when a
bowel cancer test kit arrived earlier week, redirected to my husband by his
brother.
‘I can fill out the forms,’ my
husband told his brother on the phone, ‘but I can’t take the test for you.’
‘You’ll have to tell me what to
do then,’ my brother in law said, and my husband groaned at the
thought.
This is the stuff of
families.  The stuff we do without
question even as we might sometimes resent it.