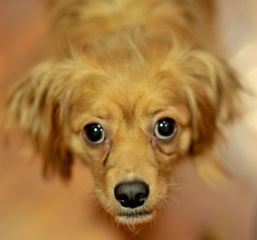 Over a dinner of Middle Eastern
chicken and couscous, my eighteen year old daughter told me she wants to be a
farmer.
‘I know what you’ll say.  Finish you arts degree first’, she
said.  ‘But I want to be a farmer.’
Something subterranean rumbled
inside of me.  A farmer.  Muddy gumboots and smelly sheep.  What could she be thinking?  But I went along with it, as you
do.  Not so far as to say, fine, do
whatever you want.  No.  I took the generational line.  Why not?  Your father’s father was a farmer.
‘Great model he was,’ my daughter
said. ‘He turned into a hopeless alcoholic.’
It’s your fault. You steered me in
the direction of literature and history,’ she went on.
‘When I have children I’m going to encourage them to do other
things, like sport.  To have
bodies, not just brains.’  Her
words rankled.
Like most children, my daughter can
see through her mother, can see through the gaps and holes there, can glean the
prejudice.
I scraped the left over chicken
onto a plate ready for the dog, and wondered yet again, why I should worry so.

If my daughter wants to be a farmer, let
her go.  She’ll find out soon
enough what it’s all about.
There are days like these when all
I want to do is run off and hide.
Hide in my computer and talk to my blog friends, pontificate on the
nature of life, get involved in discussions with bloggers like Jennifer Wilson of No place for sheep.
Jennifer’s been arguing about moral
rights campaigner Melinda Reist Tankard’s take on pornography.  Tankard objects to an American women’s
football team coming to Australia to play football in their lingerie, in case
there might be ‘accidental nudity’.
In case some part of their bodies in the rough and tumble of the game
might show and men watching the performance would get excited.
There’s something here about the
forbidden.  A woman’s ankle exposed in Victorian times and all hearts were aflutter.  Freud wrote about it as repression.
And then there’s my secret skepticism at my
daughter’s fantasy of becoming a farmer jammed against my curiosity about this
less than earth shattering discussion on footballers in their underwear.
The computer light blinks at me,
the email ping sounds and I flash over to my Face Book page.
I am a woman of her time, with a
blog and a Face Book profile.  My
daughter reckons it’s a sign of eccentricity.   Who else’s mother keeps a blog.
I offer suggestions, but the blogs
I mention are purposeful blogs, cooking, gardening, sport, not like mine, which
wanders into unsafe territories – in a safe sort of way.
And here I am writing about women
who play football in their underwear, a touch of ‘accidental nudity’ and too
much is revealed.

51 thoughts on “The generational line”