I’m doing battle with hurt feelings, the feelings I get when someone whom I thought shared my experience of pleasure and goodness in time spent together, does not.

My favourite and much-loved writing group is folding, because there are some who are not getting as much satisfaction out of meeting as in the past.

I had no idea they were dissatisfied but when I reflect on it, I can understand that we spend a good deal of time catching up on how each of us is faring in the world and not so much time on writing exercises and the like.

Groups can slip into sloppy ways.

As far as I can understand, the groups that survive tend to be those that are task focussed, groups that continue to spend the bulk of their time together working on a shared preoccupation, whether we’re talking walking groups, theatrical groups, or writing groups.

As long as the focus stays on the shared interest, such groups tend to survive.

But we can get lazy and enjoy the camaraderie of friendship too much and then spend a good deal of time nattering.

We natter about our writing lives and that’s fine, but it should not become the focus of our time together.

So, even as I recognise that the others, or at least a couple of the other writers, aren’t happy with the way things are going and they want change – not a total dissolution, they say, but a different approach with the emphasis once more on the act of writing – I still feel a sting.

I’m trying not to take it personally.

Perhaps because it came as a shock to me, a surprise at least, the degree to which the lynch pin of our group is unhappy with the way we’re meeting that hurts most of all.

It’s a residue of my way of operating on the world. A familiar feeling that I thought I’d grown beyond.

It’s that point of rupture that can happen within groups or between couples when one realises, seemingly out of nowhere, that the other doesn’t share your feelings about the relationship.

The idea that it came from nowhere, that this friend was sitting there harbouring such dissatisfaction and I didn’t see, leaves me in a state of disbelief. Like I’ve been fooled into complacency only to have the rug pulled out from underneath.

Like one person within a committed couple – and anecdotally it seems it’s more often a man – is devastated when he realises for the first time that his partner is unhappy and wants to leave.

It comes as such a shock. He had no idea. He was busy getting on with what he considered to be his role: bringing in the bread and butter, performing his fatherly duty with the kids, out in the morning back home at night, only to discover that day after day while he was away, his partner– who might also have gone out to earn some bread (though her job paid less, so there’s no butter), but still she’s out to work and trying hard both to earn that living and also to keep the household together, to fetch after the kids and so on with the resentment building up in her day after day to explosion point – wants to leave.

Why did she go? 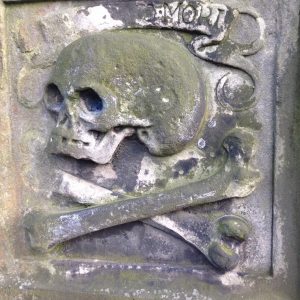 I was away recently at a Freefall writing class. Agonising over arguments with the facilitator about what I sense to be her pressure ‘to show’ more through dialogue and ‘to tell’ less.

She reckons I have a tendency to tell and that I can get lulled by the thoughts in my own head.

It’s not the first time, I’ve been told this. I need somehow to get outside of my head and try harder to imagine and to demonstrate through my writing what might go on in the heads of others.

I can describe their outward appearance, but I need to have them saying things, things I might well need to imagine, given I can’t remember the words real people have said.

That’s okay. I’m happy to make up words but I prefer to make up my own words because they’re closer to home. They’re safer. More authentic.

On the train home one night late from school after umpire practice, a stranger began a conversation with me.

‘You talk too fast, he said. He had been eavesdropping on a conversation between me and my sister. A nondescript man, in dark suit, white shirt and tie.

‘Excuse me,’ I said, and my words held multiple meanings.

An apology, a sarcastic response and a request for clarity.

‘Just listen to you,’ the man said. ‘One hundred words to the minute.’

We reached our station and left the train, my ears smarting from the slap of his words. What did he mean?

My sister was not troubled. Maybe she agreed with him. I did not ask.

When we reached home, I slung my school bag across the floor to my bedroom door and walked past the lounge room to get to the kitchen and a snack before dinner. My father sat in his usual place by the window and my mother opposite. He had not yet started to drink, or if he had, he had not yet drunk enough brandy to turn him from a quiet man into the raving raging lunatic he often times became.

‘A man on the train said I talk too fast,’ I said to my mother. I said it in the form of a question with a rising inflection: Do you agree? what do you think? I directed it towards my mother, but my father responded.

‘Just like a schizophrenic,’ he said, and my mind did cartwheels.

I knew this word from movies where people were sent off to tumbled down blue stone mansions in the middle of some bleak countryside and left there because no one else knew how to handle this condition called schizophrenia, which struck me as a fancy name for mad.

Was I mad? What was mad?

I didn’t feel mad, not crazy mad but I was angry at my dad for making things worse. For muddling me even more.

I could not see myself through the eyes of others and this man on the train had set me thinking, as I am thinking now, about my beloved writing group.

How could I have read it so wrong?