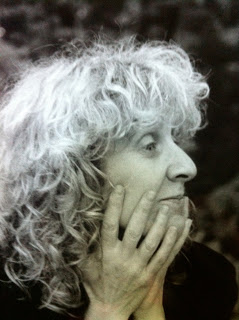 My husband and I are about to
become empty nesters.  I first
heard the term, empty nester,  many
moons ago when I was studying psychology and social work at university.  Then I shuddered at the thought.
In those days I found the idea of living in a quiet, largely empty house daunting.
How do people do it?  Live alone?
For all her struggles my mother
gave the impression that she too preferred to live in company.  In the hubbub of family life when her
every minute was circumscribed by some one else’s needs and her own wishes and
desires fitted further down at the bottom of the hierarchy, only after other
people’s needs had been met.
For the past thirty or so years I
have viewed my own life similarly, though in recent years I have become more
‘selfish’ to use a word I loathe.
More like a man, perhaps.
Ever since I can remember I
marvelled at the way the men in my life, beginning with my father and my brothers, my husband too, never seemed to need to take their leave in the same
way we women and daughters have needed to.
Why is this ?  A relic of the patriarchal ways, where
men are seemingly self determined and women tied to the apron strings of
children and the so-called kitchen sink.
We women must account for ourselves and beg for leave.
The phone rings.  I answer.
My youngest who left home last
night for her first night away in college asks if I can be around at 12.30
today to be there for her friend who plans to drop in to collect her camping
equipment which she had left with us as far back as January.
I had planned to go off to do my
Keiser weight training at 12.00, something I try to fit in every Sunday
before the place closes.
‘If I’m not back yet your dad’ll be
here,’ I say.
‘But he doesn’t know where everything
is.’
Even away from home my daughter has
needs, small needs but they intrude on the timetable of my day.
No matter, I tell myself.  I have always told myself.  I enjoy these incursions into my
day.  I am driven by the need/desire
to help others, beginning with my children, but sometimes my generosity wears
thin and resentment creeps in.
Be careful of what you wish for,
they say.  If you’re not careful
you might be left alone, a lonely old thing with no one to care about.
Once years ago my mother complained
to me that she could no longer do anything for me, not like when I was a
child.  When I was a child I had
needed things from her, but not as an adult, not in the same way.
And so we had grown apart as if our relationship was based entirely on her looking after me.
Now it’s in reverse.
I’d like to think there is another
state whereby two adult women, mother and daughter, can relate in a type of friendship.  The pull of the past
as mother and daughter will never disappear entirely but maybe a different sort
of give and take might exist rather than the hard core mother to baby, daughter
to elderly mother experience of yesteryear and today.
My daughters teach me new things
about the world.  They teach me so
much.  They keep me young.  Without them I fear my mind might shut
down.  They lead me in new
directions.
For instance:
Jo Wainer the wife of a doctor, Bertram Wainer, who was once repeatedly harassed by antiabortionists and politicians gave Ted Talk in Melbourne called Sex and the God trick.  In the talk among other things Jo discussed the ways in which most medicine is based on
the male body, as if women were males, too, only with ovaries.  She gave an example that stays
with me.
Most of us have heard or read about
the typical signs of a heart attack.
Tingling in the arms.  A
crushing sensation in the chest, as if, as one doctor once told me, an elephant
is sitting on your chest.  These
turn out to be typical symptoms for a man suffering a heart attack and a man
suffering these symptoms, if he knows about the signs and is not too far into
denial and fear, will call an ambulance and shift straight into cardiac care
where he might well be saved with less damage done, of course depending on the
severity of said heart attack.
A woman, on the other hand, is
likely to feel nauseous and sweaty at the onset of her heartattack, very much off
colour, and her first impulse might be to call her daughter who will come over
and make her a cup of tea.
In other words, it will take much
longer for the woman to call for an ambulance, by which time the consequences of
her heart attack are likely to be far more serious.
They do not teach these
distinctions to the general public or at medical school, says Jo Wainer.  When a man comes home from work after a
stressful day she reckons, he is likely to scream and yell, or put a fist
through the wall, whether literally or metaphorically.
In other words he is likely to act out
his rage and frustration in some way or another.
A woman, on the other hand, is
likely to act out her frustration and rage after a hard day by her tendency, as
Jo Wainer puts it, to ‘tend and befriend’.
This notion rings bells for
me.  I am one who tends and befriends,
while my husband gets more into the out-with-it-rage variety or a total
withdrawal like a sleeping volcano.
And I have often wondered why.
Is it our hormones, our education,
our socialisation, or in our stars?
I expect there are exceptions
and plenty with much in between but this dichotomy resonates for me.

What do you think?  I ask.
The masculine and the feminine, the yin and
the yang and we all have a  bit of
both, only some tend to have more of one than the other, and not only
because of our gonads or ovaries.

31 thoughts on “More than our ovaries”