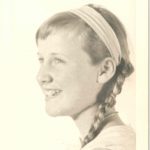 8 thoughts on “Stolen property that can’t be used”