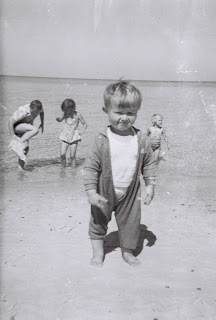 A woman fell over in Ikea yesterday, a Moslem woman in a
scarf with a long skirt and wide coat. She had been pushing one of those stub
Ikea trolleys and must have lost her grip on it because there she was on the
floor below the first flight of stairs on the mezzanine crying out in
pain.  She had hurt her leg.  I offered to help, my son in law
offered to lift her but no, she had hurt her ankle and did not want to move.
An Ikea attendant dressed from top to toe in butter yellow
came to her rescue and we moved on. ‘These stairs are a health hazard,’ I
said.  ‘It’s a wonder people don’t
fall all the time.  The banisters
are too short.’
Last night at dinner with a small group of old friends we
talked about installing a banister along the walkway into the garden of one of
our friends, who is ill, seriously ill, soon to die.
But the banister was not so much for
him, he said, as for other friends who visit, some elderly, some unwell, but all
of whom are vulnerable to falling when they walk onto the uneven footpath that
gives access to his house.
Memories return:
The banister that leads down the five or six short steps
onto the concrete path that takes you to the change rooms of the swimming pool
in Camberwell is made of steel, round and cold to touch. It bends to accommodate the slope of
the ground as it moves down the hill beside the pool onto the entrance to the
change rooms.
The change rooms themselves are underneath the pool.  In the corners of the shower recess
there are long green slimy marks from the constant dripping which I imagine is
the swimming pool slowly leaking into the earth beneath.  The change rooms also stink of
chlorine.  Chlorine is the smell of
summer.
The water at the swimming pool is the bluest of blues.  I do not realise until adulthood that
its colour arises from the colour of the tiles that line its surface.  I had thought as a child it must come
from the stuff that is added to the water, the stuff that gives the water its
peculiar stink, a stink that stays on my skin long after I have returned home
from the pool.   The stink of
summer.
Summer is also the freedom of swimming, an escape from my
father.  He does not swim.  He has diabetes and must take care of
his feet.  He will not go to the
beach for the same reason.

There could be strange things in the sand, broken bits of
glass, the sharp edge of an abandoned tin can that could cut his feet and if
his feet get cut, he bleeds and if he bleeds from his feet something happens to
his circulation and he could wind up with gangrene and they might chop off his legs.
How I wish they would chop off his legs, then he would not
be able to walk.  In a wheelchair
he could not visit us in the night.
My sickly friend from the dinner party last night talked
about death, the need to pay attention.
He has gone from a round corpulent fellow to a grey shadow
of himself, thin and wan.  He
spends eighteen hours a week on dialysis and cannot drink liquid except in the
form of ice to go with his whiskey. He does not pee anymore he tells me and I
wonder about this.
Not to pee any
more, not to feel the trickle pass from inside and out into the toilet or for
him against the urinal wall, a strange loss, a loss greater even than the loss
of blood through menopause.
In the change rooms of the swimming pool I notice my first
pubic hairs sprouting there below the V bone above my legs and I fear that
something terrible is happening to me.
I have not taken in the sight of my mother’s naked body if I have ever seen
it or of my older sister’s and have no idea that such things might happen to me.
My childhood fantasy is that death belongs only to the elderly, those older than me, but not to me.  At the swimming pool I use the silver
steel of the banister as a monkey bar and hang upside down to see the earth
underneath my head.  I do this
repeatedly until my hand slips and I am on the ground with a crash.
I feel it in my shoulder, the sharp pain that signifies a
broken bone or some other internal damage but I do not tell the pool
people.  Not until I get home do I
complain of the pain to my mother.
This is a mistake.
My mother tells my father.  My father goes to examine me.  We do not use doctors in our
house.  Our father sees himself as
the resident medical expert. The worst of it is when he bandages my chest round
and round like a mummy.
I am ten years old without breasts to speak of but I know
that soon they will be here and my body feels taboo.  Yet
like a parcel handler, my father bandages me up, ready for postage.
And the woman from Ikea, how is she now?