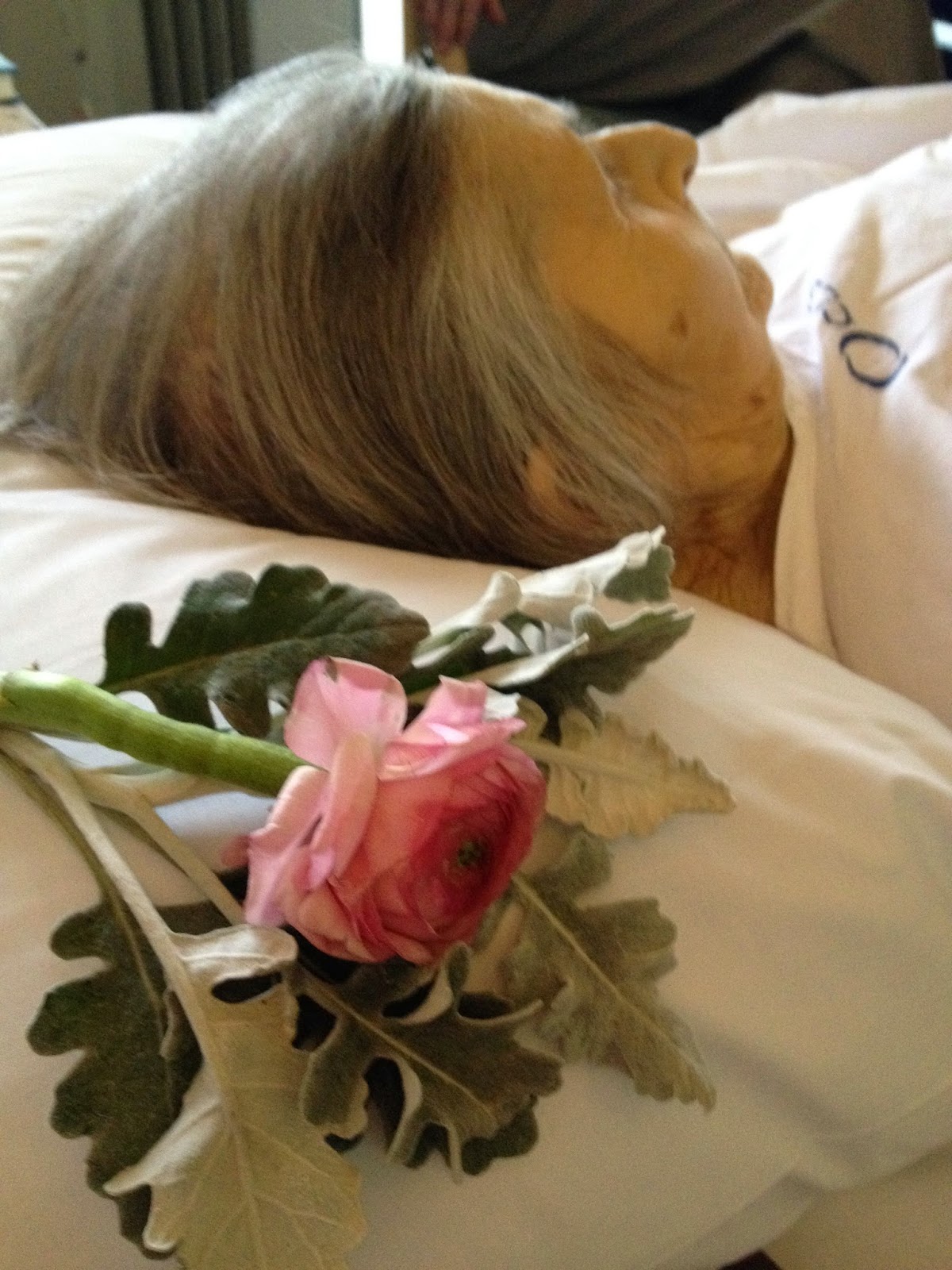 My mother died at ten to five on
Saturday morning in Bethlehem Hospital in Caulfield.  For so long now I have anticipated this event, my words seem over-rehearsed, almost
theatrical.
Ever since my older sister rang,
soon after the hospital had called her to report our mother’s death, I have
been in a strange place of going-on-living in the usual sense of the word, and
of floating about in a world of impossibility.
A world without my mother.
For so long now I have anticipated
her death, from when I was a little girl of eight when it first occurred to me
with any coherence that one day my mother would die.
Then I could not bear the thought
of her death, until three years ago when it became clear my mother’s actual
death would happen sooner than later.
My mother never made it to one
hundred, as she so often told us she had wanted.  She could go on living as long as her body
held out and she was comfortable and without pain, but these last three weeks
have seen her stop eating, stop drinking and eventually lose all will to
live.  But even then, she held on for as
long as she could.
I did not hear her spirit fly away
across the sky like a comet.  Nor did I
hear her tiptoe past my door in the still of the morning.  I woke only to the insistent ring of the
telephone.  When I came to find my mother
laid out in the day room at Bethlehem she was still warm to touch.  My older sister reckons our spirit stays with
our bodies for some time after we die.
I wanted to believe this.  I was first to arrive at the hospital and
when I walked into the room and saw my mother on the bed I found myself like a
small child pleading with her to wake up.
‘Wake up, Mum.  You can’t stay asleep, not now, not forever.’
My mother to me is as timeless as
the sun and she lives on in me, as traces of her exist in my children, and
further traces exist in their children into the future.
I did not spend much time alone
with my mother before my older sister, who had further to travel, arrived and
then my younger sister and two of our brothers – the five of us who still live
in Melbourne – and together we sat around our mother’s cooling body and talked
about her and us and all things significant and temporary in this quiet
time.
We made phone calls to the four
others who live interstate or too far away to come in at that moment.
I can see my mother now.  Her face was fuller than I remembered, her
skin almost golden.  She always had olive
skin, a throw back to some Spanish ancestry she liked to imagine.  Olive skin and her grey hair combed around
her face pageboy style.  She wore a white
hospital gown that did not show its strings or tags and looked as innocent as a
christening gown and the people at Bethlehem had tied a flower and a sprig of
leaves in a tidy bunch on the pillow near to her head.
The flower at first glance looked
almost artificial in its perfection, petals of dark pink in tight packed layers
around a darker centre.  A peony rose
tied to acanthus-shaped leaves.
This peony would not have been my
mother’s chosen flower I suspect but the staff had picked it from the hospital
garden as a tribute to our now dead mother.
They had laid our mother out on her
back with her arms visible over the pastel quilt on top of her bed.  It could have been an ordinary bed, not a
hospital bed, white wood panelled bed ends and moulded frames. 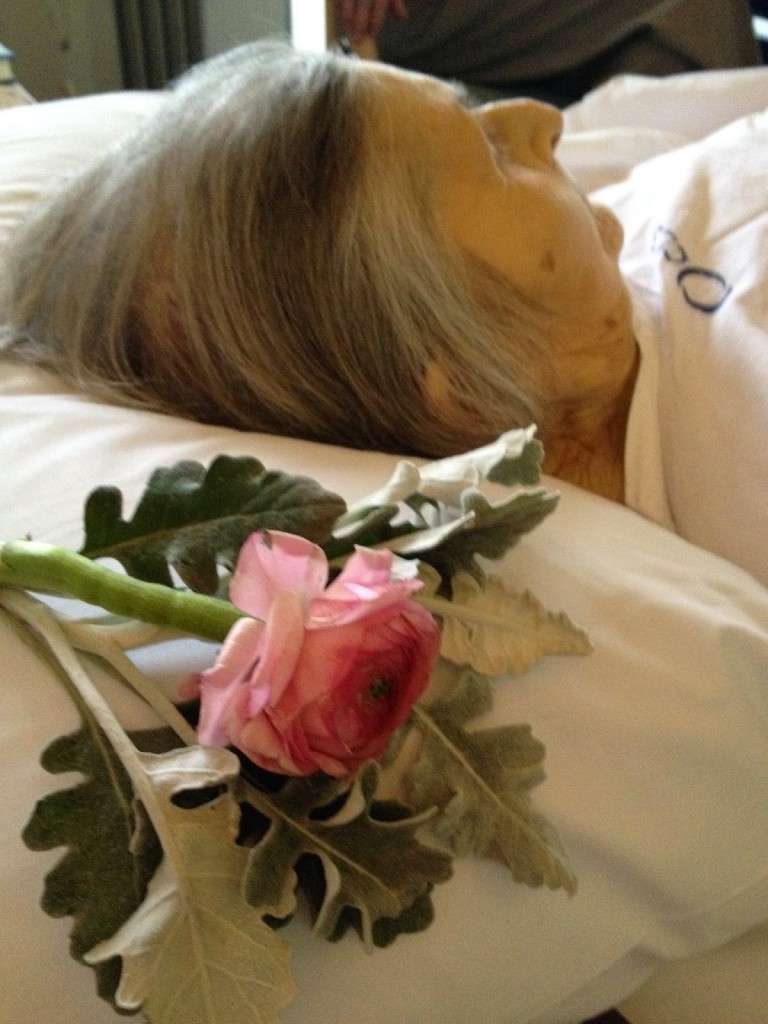 The nurse talked of putting on the
air-conditioning after we had been there for a couple of hours for fear of the
body’s slow decomposition.
I did not realise this.  I should have known this, but my sister
explained and one brother added information about the way all the fluids in the
body begin to drain under the pull of gravity and slowly leak out.
Even alive, my mother’s body has been
leaking for several weeks now, on its way back to the earth.