My mother and her sister and brothers had a tradition where every few years when they came together as grown ups, they sat in the same position they occupied as children for the family photo. A tradition that lasted several decades until the first one died. 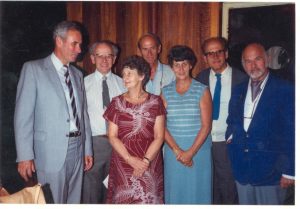 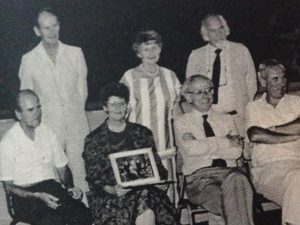 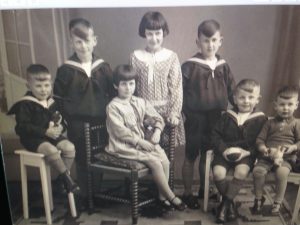 Now there is only one left, nothing remains but the memories and the photographs.

This last weekend my family of siblings, not all, but seven of us came together for yet another reunion and this time in the Blue Mountains. It was a long way to travel for all of us scattered throughout Victoria, Queensland, New South Wales and the ACT, but we made the trip to reconnect and I’m glad we did.

I find myself censoring here, fearful that any of my siblings might read about my thoughts and fearful they might disapprove given I am not a spokesperson for us as a group and yet something impels me to write about this time away under the bluest of skies in the brittle cold of those rocky crags. 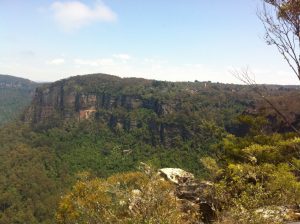 Most of us grew up together though the oldest had left home by the time the youngest of us was still in primary school and then the youngest among us stayed home a number of years after we older ones had left.

She did not remember where I was in my last year living at home. I am not there in her memory. And it’s strange how hard it is for me to hold her in my memory given that last year when I lived at home and my sister, the one younger than me, had gone back to boarding school because she could not bear the thought of living at home and getting through her final school year while I was starting university and had no such option. Not that I’d have wanted to go back to boarding school.

I thought I knew the Blue Mountains well given I’ve stayed at Varuna, The Writers House, in Katoomba a number of times, but somehow I managed to get us down to the wrong entrance to the cable cars, which meant we needed to pay for tickets on arrival at the main building from where all the scenic tours begin.

To be in such amazing structures slipping down to the rainforest floor and dangling across the sky thousands of metres above the ground in a yellow cable car was exhilarating.

My sisters and I share the same concern over heights and found ourselves reminding one another to look forward, not down, as a way of protecting ourselves from the dreaded vertigo and jelly legs that come to me whenever I rise to any height above ceiling level.

We stood at Echo Point and asked a passing tourist to oblige us with a photo. He took pleasure in capturing this group of aging siblings against the back drop of The Three Sisters.

The tourist also took photos of our four sisters in front of that sisterly rock formation and we stood together arms linked.

My brothers present, three tall greying bearded men stood side by side when it came their turn to pose for the camera. The two on the ends crossed their arms while the one in the middle dropped his arms to his sides.

We sisters urged them to move in closer and to smile.

‘That’s as much intimacy you’ll get out of us,’ one of my brothers said, as if we had asked for too much. 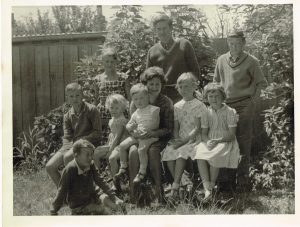 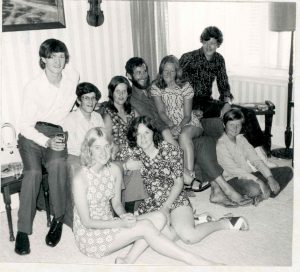 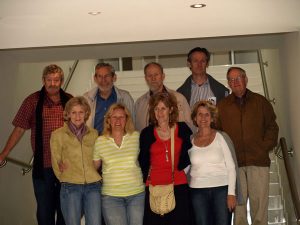 The boys in my family find displays of affection even harder to muster than the girls. And speaking as one of those girls, I recognise how hard it is to get close and yet when it came to say goodbye on the Sunday, and each one of us hugged the other in turn, and the boys shook hands, there was a sadness, albeit tinged with eagerness to get back to our other lives. 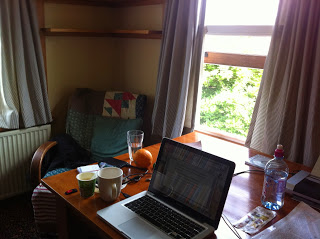 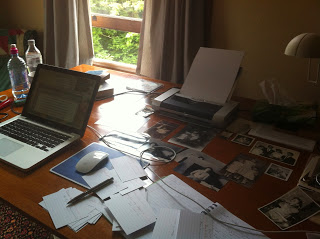