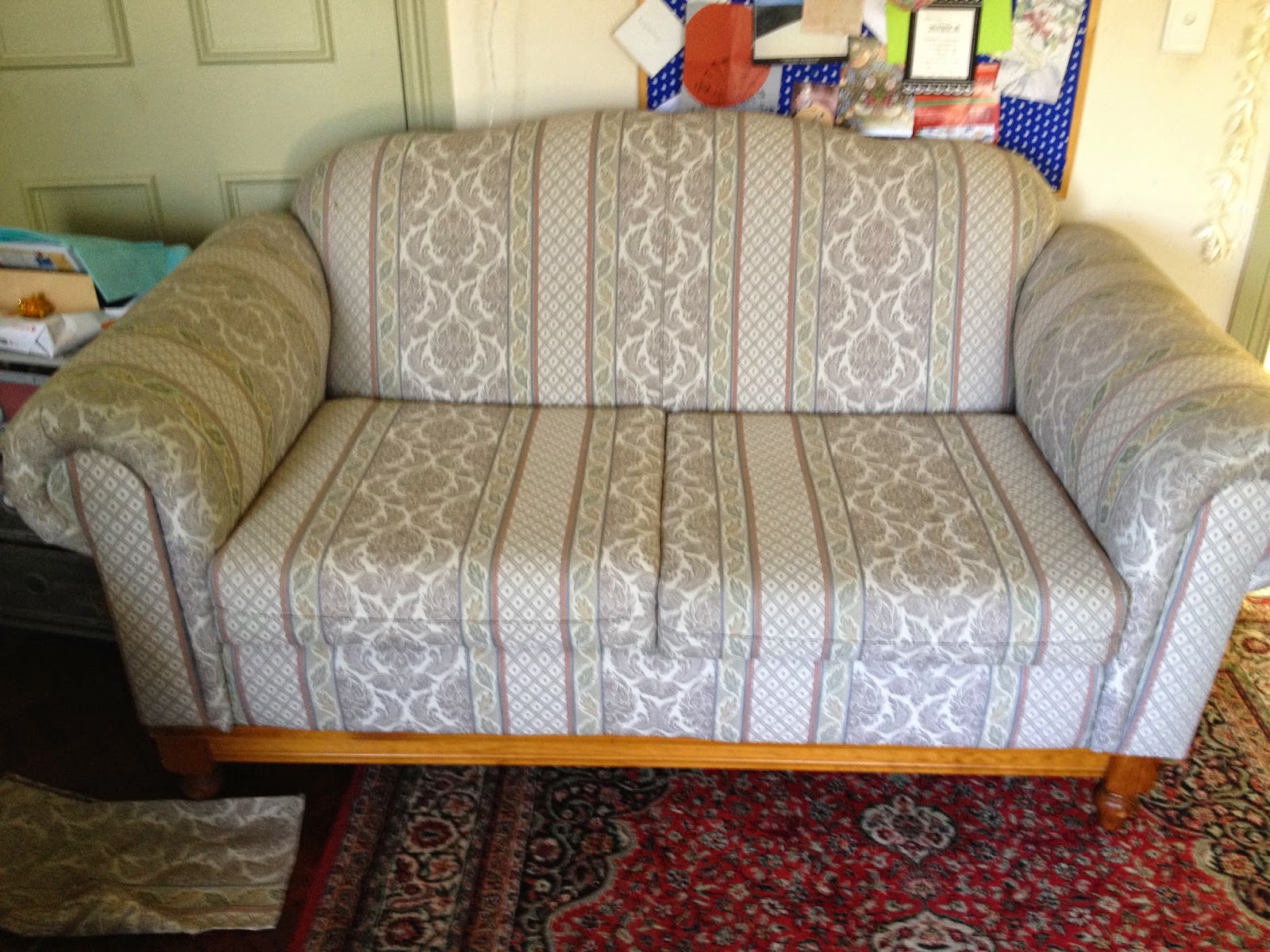 Traces of my mother are everywhere.  In the cups in my kitchen cupboard, the mock crystal sugar jar beside the
jug and the dinted green tea caddy my mother had used for years.
I do not need these things but
could not bear to see them shipped off to strangers.
My sister, brother and I cleared
out the last of our mother’s belongings last weekend.  There were things we should have sent to the opportunity
shop but my sister and I took it in turns to lament our inability to part with
them.
And so among other things, I found
myself taking home my mother’s small two-seater couch. 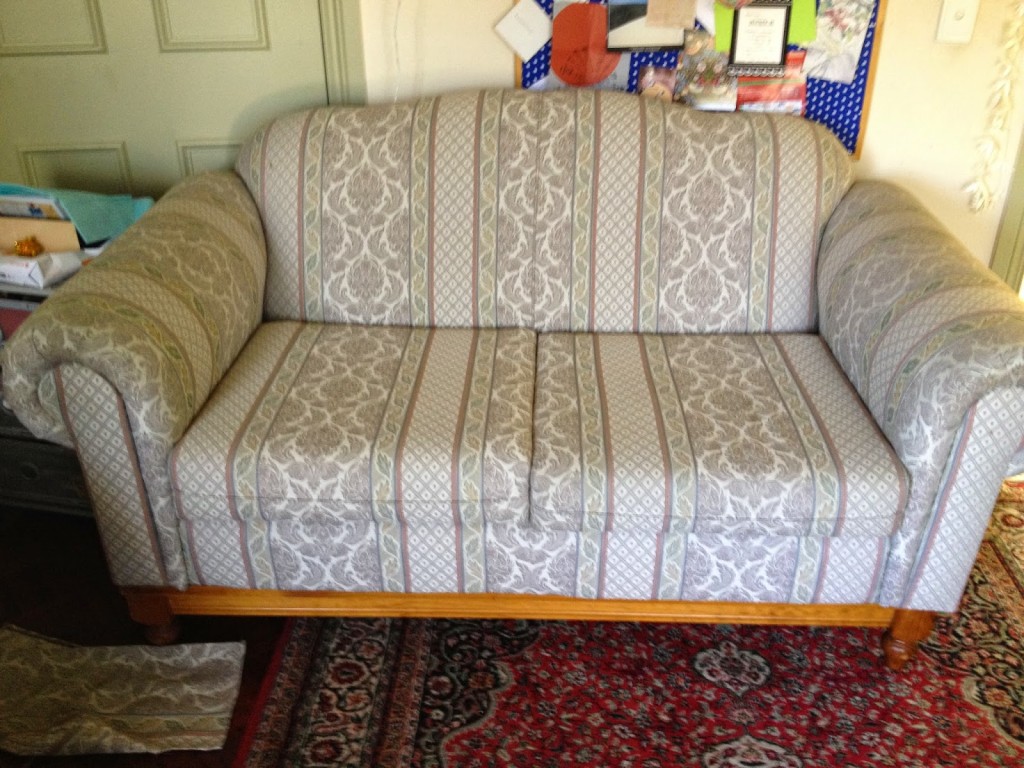 The couch is in good condition but
it has a striped and floral pattern that goes with nothing in my already over cluttered
house.
I took home my mother’s
bookshelf, the one my father built over thirty years ago in the months after he had stopped drinking and was trying to make amends. 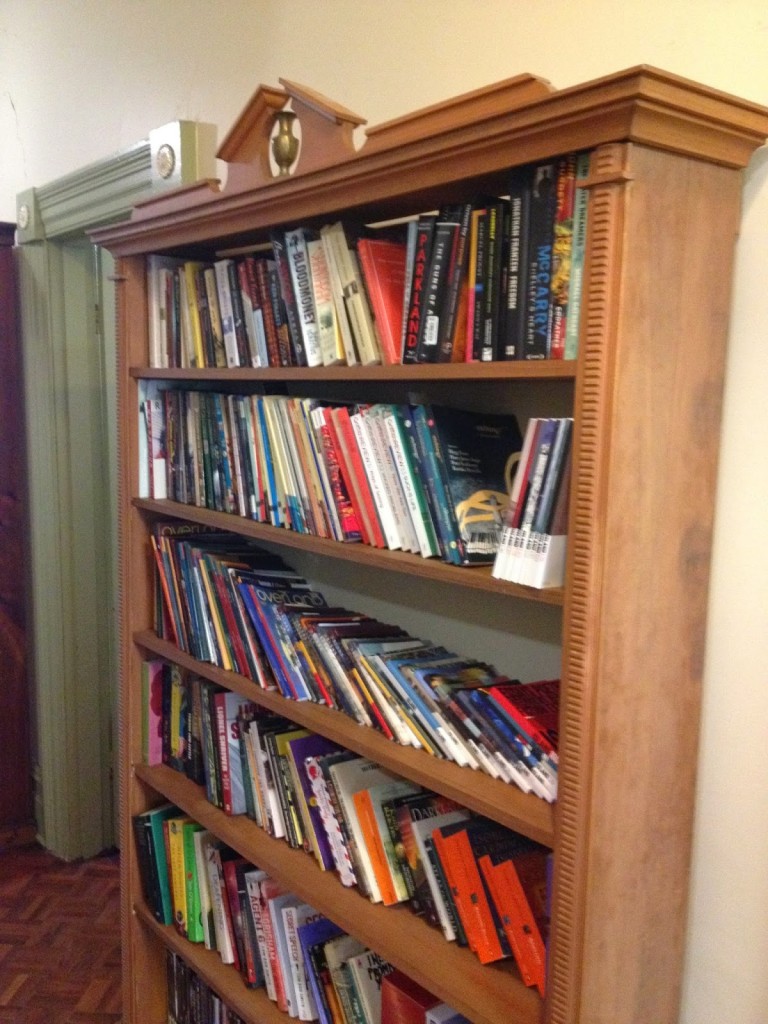 I took home the small cabinet
on which my mother’s TV sat.  I took home
the crucifix. 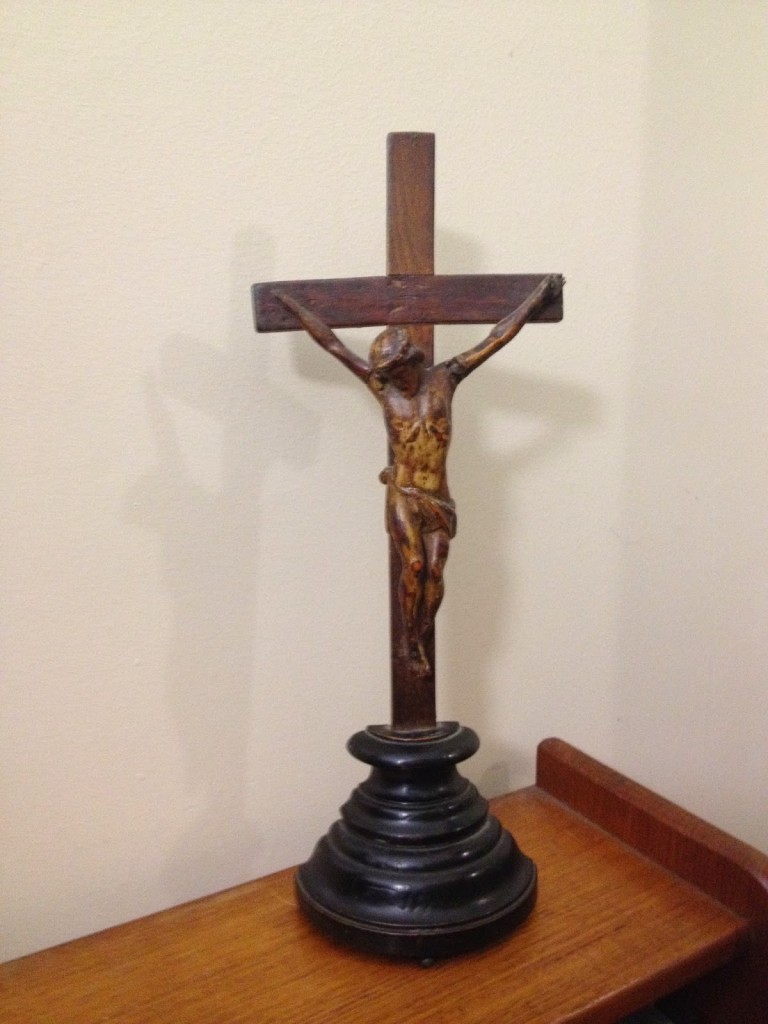 The crucifix spent its life on the
mantelpiece of my childhood.  It holds
sentimental value for me more than anything else, but it gives my daughters the
creeps.
They reckon it is fearsome.  They did not grow up in the same religious
tradition as me.  They see a man spreadeagled
on a cross.  They see cruelty and
pain.
I see a memory of my childhood
home.  A man on a crucifix did not
trouble me then because it was so much part of the story of our lives, and I knew
he did not stay that way for long.
Life has slipped back into normal
gear but every so often I hear my mother’s voice in my head and remember then
that I will never hear her again.
There’s a you tube clip doing the
rounds of a profoundly deaf baby who gets hooked up to a machine that
enables him to hear sounds.  He is surrounded
by his mother, the specialist and an assistant or two and you hear them
chattering in the background while the camera focuses on the boy’s face.  His eyes light up to the sounds, as if for
the first time in his short life there is a new activity going on in his
brain.
He smiles, again and again, and leaves
off the grizzling from when they first shoved an earplug into his ear, into a
wide-eyed state of delight at the sound of his mother’s voice.
My mother’s voice was thick with
Dutch.  There were a few English words
she could never manage, words like enthusiastic, which on her tongue became antogestic, and psychiatrist became psychiater.
There are Dutch words I use myself
these days and I have to stop to find the English translation for them, words
like stoffer and blick for dustpan and brush.
I try to feel sad about my mother
now, but I cannot muster a feeling.  It’s
as if my feelings for her have moved into cold storage.  I do not understand this.
Last week at the retirement village as I
carried yet another box of my mother’s belongings to my car I met a woman who claimed
to have known my mother well.  This woman
leaned on her walker, much as I mother did before those final weeks when she
could not get out of bed.
‘Your mother was
a lovely woman,’ the woman on the walker said.
‘She never missed a thing.  Sharp
she was.’  And the woman
went onto tell me how one day my mother had remarked to her on how much she
loved her tea.
‘How many cups
of tea must she have drunk over her lifetime,’  the woman said.  ‘She was nearly 95 wasn’t she?’  How
many cups of tea my mother had wondered and then she joked with the woman about the
number of Hail Marys she must have said.
I staggered to the door several more times with the bric a brac of my mother’s life, her books, her lamps, the
cushions from her couch and then thought of the people who sat around the dining
room and library area there, the people who go on living in my mother’s retirement
village.   Another one down.
Whenever I read the obituaries I
think to myself what will it be like when my name features among the names of the
recently dead?
It’s a grim thought, but the names
in the obituary are names that seem innocuous and ordinary, and now these
people are no more, like my mother.
I knew it would be like this: this
eerie sense of being next in line for death.