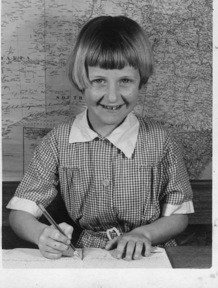 Recently at a seminar, after I had presented a paper on Straddling Two Worlds, about my difficulties of working both as a therapist and as an auto biographer, an audience member asked about the need to question the impact of autobiographical/confessional writing.

Initially I was flummoxed by her question, and disturbed by her insistence that we should interrogate the value, and the consequences of the impact of confessional writing on others who might also be involved and on readers.

I am hazy about the exact nature of her question and comments, only that they have continued to rankle over the past few days. They rattle around in my head like so many loose bullets about to explode.

‘Bless me father for I have sinned. It is one month since my last confession. I accuse myself of…’ I then manufactured safe sins, sins like telling lies twice, stealing once, and disobedience.

The sin of disobedience sat uncomfortably. I was an obedient child. Other people disobeyed. Not me, not then. But in confession it seemed safer to admit to disobedience than to mention my real sins, my sins of impurity.

I convinced myself that ‘hell fire and damnation’ awaited me at the end because from the time I was twelve years old, from the time I noticed my body changing, from the time I felt the first rush of desire towards my own body and that of another, I was tortured. These were the sins to which I could not admit. If I were to admit such sins to the priest, questions would follow.

How did I know this? How did I know that the priest would ask questions about my impure thoughts and that he would not otherwise bother to inquire into my sins of theft, dishonesty and disobedience?

I learned early, the day I took hold of a man’s penis under the bridge that spanned Canterbury Road, after which the man gave me sixpence because I did as he had asked – I held his penis and watched the cream come out.

I have written long stories about this moment in my life, this moment when I first took hold of a man’s penis. I kept it secret at the time from my sister and my brother who had come along with me on this outing and who had wandered off when the man called me over. The next day I told my mother about it. My mother suggested I take the details to confession. It was then I decided my sin must be serious.

For the uninitiated, confessional boxes are like coffins standing on end, narrow dark closets, in which you are immediately faced with a wooden paneled wall after you walk through the door and there is room only for you to kneel. At eye height once on your knees, there is a grille that the priest slides open when it comes your turn to confess. There is a confessional box on either side of the central chamber in which the priest sits. You speak into the grille hot and breathless and the priest mumbles and murmurs.

The only time a priest ever questioned me about my sins was after I told him about the man whose penis I had held.
What did you do? What did the man do? The priest asked. He wanted all the details.

Usually after I had confessed to my sins, the priest offered easy absolution, a few Hail Mary’s, an Our Father. But this time, he ordered an entire decade of the rosary. I concluded my sin was enormous. And thereafter I shied off telling a priest in confession anything other than my rote learned mandatory sins.

My life as I write it is not simply a list of my sins. I hope I have the courage to bear witness to my mistakes and misdemeanors in my writing if necessary but that is not all that I write. I do not confess my sins in my writing. I am not on the lookout for absolution or redemption. I do not want forgiveness.

If I were confessing my sins here on the page then I would turn my readers into my priest, the one who passes judgment on behalf of God, who can decide whether I am worthy of forgiveness and how I might go about gaining that forgiveness.

As William Michaelian says in a comment on Paul L. Martin’s post, Looking around the Blogosphere, on The Teacher’s View blog,
‘I want what all writers, artists, and human beings want, whether they publicly admit it or not: I want to be understood; I want to be appreciated; I want to be known and recognized in my lifetime…’

I do not want to confess my sins. I want to share my story.