Dennis Pryor took us for lectures in a small room on the second floor of the Old Arts Building, in groups the size of tutorials given the lack of interest in this most ancient of subjects.

He knew us all by name, which bothered me as not only did he know our names he also recognised something of our talent or lack thereof in translating Virgil or reading the poems of Catullus.

The words rolled out effortlessly as if he spoke this language every single day when everyone knew that Latin was a language as dead as dead can be.

‘It killed the ancient Romans and now it’s killing me.’

I should have stuck with French when I left school and began my degree.

I knew French, I understood its peculiarities, its seemingly feminine wiles, but Latin with its strange declensions and different uses of the conditional tense troubled me for its hard edged logic.

I came to think of Latin as a masculine language and French the feminine, and yet I took it on this man’s language out of love for a woman, love for and a desire to be loved by my favourite teacher at school.

Sister Mary Vincent still wore a habit but would soon shed it for the life of the laity but before she did, she and I concocted a plan that one day soon, after I had finished my university degree, I would join her in the convent cells where I could hide my horrible body behind the habit of a nun and never again have to worry about all the things that bothered me in those days, most particularly my attraction to men and theirs to me.

The nuns had warned us school girls away from men and even though I had five brothers not one of them gave me a hint of sexual desire and my father’s creepy advances in the night left me determined to steer clear of men until I could get through my university degree, find a job or enter the convent and so be free.

Dennis Pryor asked us questions with the confidence of a teacher who believed – and in large part he was right – that all his students shared his love of Latin.

He asked questions confident that we would know the answers.

I bumbled my way through the translations like someone in a trance, Still I managed to get through his classes without too much obvious embarrassment, much as I felt a fraud.

I had studied Latin for my favourite nun. She taught the language at school and although she did not love Latin quite so much as Dennis Pryor she loved it well enough and understood it well enough to leave me with a sense that if I were to understand it too and excel in it, then despite all the protests from students in earlier years when Latin was compulsory that Latin was dead, I could fine a way of communicating and turn her into a woman in love with me.

It was platonic love I looked for then, the sweet and gentle, the uncomplicated, the non body oriented, the love that required nothing by way of physical exchange but only demanded soft sighs and the deep understanding that comes of being with a person with whom you feel as one.

The joy of holding that person in my mind for hours and hours on weekends and when we were away from one another, of being able to imagine my teacher in the small cosy corner of my pocket and sliding my hand inside from time to time to stroke her hair.

To know that she was mine and I was hers and that the two of us had a bond so secure, nothing, not even the slightest discord could pull us apart.

I could be Catullus writing to his beloved Lesbia whose name he chose as a tribute to the poet Sappho from the island of Lesbos.

But my wishes were more of the possessive love of tiny children towards their mothers, od the AA Milne variety like

James James Morrison Morrison Weatherby George Dupree who ‘took great care of his Mother, though he was only three… “Mother,” he said, said he;

“You must never go down to the end of the town,
if you don’t go down with me.”

Nor the solid love of King Solomon. He solved the problem of two mothers fighting over the same baby by threatening to cut the baby in half. The real mother then stepped forward and let the other have the baby, preferring to have a live baby not in her care than to have a half a dead baby.

In those days I might well have been the false mother the one who was happy with her half dead half alive baby as long as she was in my control, and so it came to pass that the months rolled by and I struggled through my Latin assignment and scraped by with mere passes in all my exams. 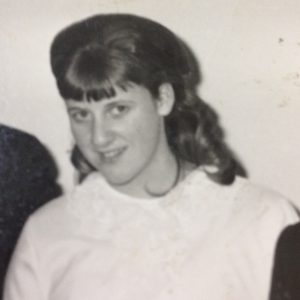 Dr Pryor stopped asking me questions in class and I resolved to stop studying Latin by the years end and concentrate instead, not on getting into the convent with my beloved favourite teacher but instead of concentrating my attentions on the fickle hearted boys who had once seemed so off limits and now seemed so much more desirable.