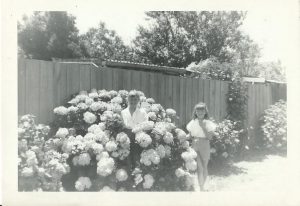 The year I turned fourteen, my brother came home with a gramophone, an antique he picked up for almost nothing from a second hand store somewhere nearby. He put it in one corner of the lounge room near the stereo system that played records on a turnstile you operated electrically. The gramophone you cranked up with an Allen key and wound till it stopped and was ready to play at least one of the songs on your standard LP record all the way through.

During the long summer holidays when we were away from school and my parents were away at work, my brother did not complain when I played his gramophone for hours, one song after another.

On the couch, feet curled under my torso, I listened to the deep voice of Paul Robeson and his Ol’ Man River. The notes flooding my veins.

‘He don’t say nothing but must know something. It keeps on rolling…’Robeson’s words gave me permission to sit indolent, hour after hour, to listen as the Mississippi rolled along.

Paul Robeson’s voice was powerful but sad, the sorrow of an American slave living on a plantation back in the barns with the other slaves and handlers and with no life of his own other than church on Sundays and long hours of work, planting ‘tatas’ or picking cotton, while ‘Ol’ Man River, he just keeps rolling along’.

The more I listened to Paul Robeson, the less I felt like a ‘motherless child’, the more I recognised the struggle of the slaves to lead a life of dignity, while I in my adolescent angst fell prey to the whims of others, especially my father, but could see others had it worse than me.

The gramophone was heavy and sat like a rectangular boulder on the floor beside the couch and I needed to bend down to crank it up, its brass horn opened like a flower.

‘Lissie, go and clean you room, please,’ my older sister called from the kitchen where she was busy making sandwiches for lunch. ‘And when you’ve finished, we’re going outside to get rid of those weeds along the fence. I can’t even reach the washing line, they’ve grown so high.’

My sister relished household chores, or so it seemed to me then when I wanted only to sit and dream. I wanted only to listen to the voice of the singer, even as I knew I must get on with these tasks, that hardship was ‘character building’ like the learning of Latin at school, and that going against your own wishes was the best way to cultivate a mature and considerate personality, and so become a person others might admire.

My mother’s mantra played in my head over and again, the value of suffering to make you a better person, the glories of sorrow to lift you into a better place in readiness for Heaven.

But these ideas clashed with another voice in my head that railed against the notion I should be grateful for my lot. That I should not complain and that I should not presume anyone was there to look after me. I needed to go it alone, despite my many siblings, despite my prayerful mother, despite the nuns at school.

At the same time, it did not feel right that I, still a young person, budding breasts and all, should have to work all the time, cleaning the house like my sister before me, clearing away after the others, weeding the garden, when all I wanted was to sit on the couch lost in my thoughts as the mournful voice of Paul Robeson filled my head.