A sister rang to complain, I’d written a piece on my blog in which I’d used the names of living people.

I told her I had invented these names, but given it was a piece of memoir, why didn’t I explain I had made them up? she asked.

And can she trust me not to violate her privacy by using her name in any of my writing?

It’s thorny territory and I’ve been here so many times before, you’d think I’d get used to it. This ghastly position of knowing I upset people with my writing.

I make up names all over the place and do so out of respect for people’s privacy but also in order not to appropriate someone else’s identity.

As Helen Garner argues: ‘Writing …  like the bringing up of children, can’t be done without causing damage’.

Like most people, I prefer to be liked. I do not relish the rancour of people towards me, especially those who matter, my friends and family.

Nor do I enjoy the sense I get from time to time that I must choose: either my writing or my relationships.

Is it okay for me to put my writing out there given it might upset others because they feel I have misrepresented them or their story, even as I’m doing my best to tell my own?

‘You can’t write things without the people you write about feeling betrayed,’ the journalist Margaret Simons says following a conversation with Helen Garner.

So why does it make us flinch to be written about?

According to Garner, ‘it’s not so much the revelation of fact, as the feeling that somebody else is telling your story, and stating something without the justifying tone that you use yourself…You feel stripped and bare and you can’t say “Oh well that’s just me,” in that cosy way that one does.’

In a recent radio interview with Philip Adams, Helen Garner challenged the idea that writers have no right to tell other people’s stories.

‘Who owns the stories anyhow?’ she asks. ‘Stories are not just bits of stuff we pick up on the street and can possess.’

Stories float around and are there for everyone.

Everyone and anyone is free to pick up these stories and make of them as they will.

That’s what writers do, they gather together the impressions that come to them as they write and try to shape them into a coherent narrative.

Whether it comes under the rubric of fiction or memoir, it’s still an effort to shape a story that resonates for the writer and hopefully will also resonate with readers who will likely experience the story differently from the way the writer first envisaged it.

I have written a memoir about aspects of my childhood. It’s been a long time in the making. It has undergone many transformations, but in the process I hope I have distilled something of the essence of what it was like for me as a child growing up in my particular family.

I write about my experience from my perception knowing full well that the way I see the world will be different from the way my siblings may have experienced events.

They will see the past from their vantage point, and that’s fine.

We all have the right to tackle our stories in our own way, without breaching one another’s right to privacy. Hence my use of fictional names.

I write to convey something of the emotional truthfulness of my life growing up during the fifties, sixties and early seventies in Melbourne, Australia, not as a statement of facts, but as a story.

I’m writing in an effort to explore what it was like for me as a small child, an adolescent and as a young woman in the flush of first loves.

I hope people can read my work with an open mind, and not get stuck in merely trying to establish facts.

Facts matter when we’re talking about concrete events and people and places. But when we tell stories, although the factual skeleton might need to be firm, the flesh around those facts will be different depending on who tells the story.

This is my version. And it’s only one version. There are likely to be many others. But I expect only a few will get written.

Some might be passed on by word of mouth; others might be transformed into visual art, into music or any other form that can convey something of the story.

Not one of us holds a monopoly. 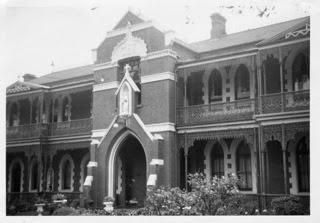