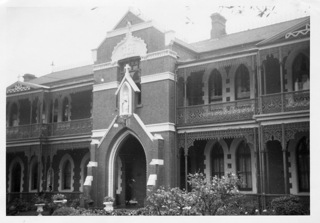 At the moment I’m stuck behind a screen of censorship.  Every thought that pops in I bat away.  Nothing passes the test of acceptability to the audience in my mind.  There are tears in the back of my mind and I know they have to do with an experience I’m not free to write about, and so I look further back to find the meaning behind it.  The feeling is one of rejection, of feeling a failure, of not being good enough, of making a mistake, only I don’t quite know what the mistake is.  I only know I’ve left another person hurt and it hurts me, but I’m not sure how to rectify it or whether I can or whether it will persist in the back of my mind as yet another example of my ineptitude.
Recently in Mark Doty’s blog he
describes how difficult it is for him when he cannot write about certain life
events, which he would like to draw upon within his imagination as fuel for his
writing, but cannot.  The event itself becomes
a block to his other writing and before he knows it he is unable to write at
all, not a blog, not a letter, not a diary entry.
Perhaps it is to do with the taboo nature of certain events in their
immediacy.
It’s pointless beating up on
ourselves.  It’s useless writing about
an experience in such cryptic ways.
But I have to write my way into it and through it if I am to move beyond
it.
When I was young in my second last
year at school I fell in love with one of my teachers, a nun who had arrived at
the school after travelling overseas for several years.  She was younger than the rest of the nuns and more beautiful
with elf like features.  She wore fine
framed glasses that sat atop her button nose and when she smiled there was the
faintest hint of a dimple on one side of her cheeks.
This nun befriended me as much as I
fell in love with her.  She set me
small tasks like passing on notes to my fellow students who learned Latin with
me.  At my school in the final
years of schooling, girls made a choice between Latin or needlework.  Most chose needlework but only a few of
us went on to study Latin in more depth.
I studied Latin because I loved my
Latin teacher, this nun, first and foremost.  I studied Latin because in my family it was important to be
seen to be academic.  I studied
Latin because the thought of needlework sent shivers through me.   All those doilies.
My favourite teacher the nun became
even more important to me when in the middle of the year my younger sister and
I were forced to board at school, instead of continuing as day
scholars.

My school.  I took this photo in September 1969, a year after the events I describe here.
There is a long story behind my arrival at school as a boarder with a suit case of marked school
clothes and a dressing gown handed down from the nuns’ store of surplus
clothes.
Boarders tended to be the daughters
of wealthy farming families from the Western District and thereabouts.  Boarders were a breed apart, different
from the day girls who came from the suburbs around the school.  Boarders seemed superior to me, and consequently
I kept to myself after hours in the dormitory.
The feeling I have now, these tears behind
my eyes,  match the way I felt at night in boarding school.  My sister and I were given beds
alongside one another in the Immaculate Conception dormitory.
The beds were single with cast iron
frames and mesh wire webbing under what in my memory seemed like a kapok
mattress.  Lumpy and
unyielding.  We went to bed at
nine, lights out half an hour later and in between times the girls shuffled in
loose fitting slippers to the bathroom to wash faces, brush teeth and visit the
toilet.
‘Glory
be to God,’ the nun in charge chanted as she turned off the
lights.  ‘No more talking now.’
And we listened as she shuffled off
down the corridor beyond the door that led to what I thought of then as ‘no-man’s
land’, the secret place where the nuns lived and slept. The place where my
favourite nun had a bed in a cubicle, which she later told me was no bigger than
a kitchen pantry.
In the beginning of my boarding
school experience I did not think about this nun.  I did not think about home and my mother who had been left
behind on the advice of my oldest brother who decided that we younger children
should be farmed out elsewhere in order that my father and mother be given time
to sort out their differences.
Their differences being, at least in my mother’s eyes, my father’s alcoholism.
We told the other girls at school
that we had come to board because our parents had gone overseas to travel.  It seemed such a fantastic lie to me,
but one that was strangely acceptable.
Not only did it imply that my parents had money enough to undertake such
a voyage but also that they were then of the upper class to which so many of
the boarders belonged, and yet we were more like the poor kids who lived in
Richmond in the side streets near to where the school was located.
The story starts here.  But there are many other beginnings.  At the moment I’m struggling to find the ‘right’ beginning for my book.  Until I do, I fear I cannot go on.