The thing about the Catholic priests, the thing that caught my attention as a child, was the extent to which they were off limits, and therefore safe to desire. At least the good looking and kindly ones were.

The creepy ones, the priests like Father Flynn who took the year nines for religious instruction, were always best avoided.  Not that Father Flynn had a reputation for doing things to girls – I knew little about what happened to boys, in my single sex school, except from my brothers who talked only of ‘getting the cuts’ on a regular basis – but we all knew enough to avoid sitting alone with Father Flynn because of our discomfort at his difficult and blush inducing questions.

‘Do you have your periods yet?  None of his business.

‘Do you know how babies are born?’ Why ask, unless he wanted to teach us?

‘Do you know what parts of the body are active during the procreative act?’

Father Flynn loved the word procreation and although it seemed innocent enough in the bible, at least in places, rolling out on Father Flynn’s tongue, it held a measure of salaciousness we could not escape.

And so we learned to avoid him.

My mother worried for the parish priests wherever we lived. She worried that the priest’s job was too harsh, that the loneliness must have been crippling and that the priest might resort to alcohol late at night for comfort, or some such thing.

She never talked about the priests’ sexual relations with women other than to tell me about her opposition to non- celibacy in the priesthood.

My mother needed her priests to be celibate.

‘How could I talk to a priest who might then go home to his wife burdened with my story?

I wondered then what story my mother wanted hidden from the rest of the world.  What thing could she have done that was so outrageous only the priest could know.

It must have something to do with her own sinfulness.

My mother took sin seriously, or at least so she told me. She was after all raised by a woman, my grandmother, my oma, who suffered from scruples.

My oma went to Mass every day of the week, even through the freezing cold of Dutch winters, to the cathedral-like church of St Bavo, and once a week she confessed her sins to the priest.

After she had told him about the dreadful things she considered she had done to besmirch her own and God’s name, my grandmother went back home to complete her penance, a few prayers and a promise not to sin again.

Hours later she returned to the priest in his confessional.

‘You have absolved my sins father,’ she said. ‘But you got it wrong. Those sins are far worse than you realise,’ and she repeated the detail of her sins again, those anonymous sins that none of us know about to this day – we can only imagine – and again the priest remained unimpressed.  But he increased his list of penance prayers so that my grandmother should go home cleansed, unburdened and ready to attend to her family and life as a good Dutch woman in Haarlem Holland between the wars.

Still not satisfied my grandmother returned yet again for the late shift at the confessional – in those days the queues for confession could be so long the priests needed to hold multiple sessions – and this time she urged the priest to take her even more seriously.

She had sinned grievously. Did he not realise the severity of her sin?  Once again the priest tried to humour my grandmother by requesting not just one decade of the rosary but ten.

And still my grand mother was not appeased.

She could not be forgiven her sins; no matter how hard the priest tried.

My mother then lived under the weight of such a conscience stricken woman and tried to escape the burden by hiding herself away in books.

In medieval times, monks used scruples, the knots tied to the end of ropes and attached to sticks with which to flog themselves. 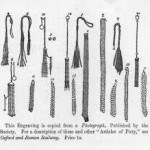 These days we ascribe such impulses to an over active superego or to something maybe even more sinister, to some masochistic impulse to wash away our pain/sin under the weight of some bullying impulse within that gets satisfaction out of hurting ourselves.

For the monks and priests of the past – though I would not be one bit surprised if it still goes on today – it was a way of honouring God, making oneself pure and desire free in his eyes.

Desire was the culprit, desire for all things considered sinful: money, food and drink but mostly sex, lust, desire for another’s body, desire for the satisfaction of one’s own body.

My grandmother’s visits to the priest in confession might have been her way of flagellating herself.  Certainly, from what my mother said, the priests who attended my grandmother felt flagellated.

The priests in my mother’s home town and at the cathedral of Saint Bavo wanted to offer relief, not more pain, but my grandmother would have none of it and the pain must have extended to her diet.

In one of his journal entries, one of my uncles, a Franciscan priest, wrote:

‘The unusual habits of mother during her pregnancy, especially in her choice of food, made her vitamin deficit and could have given her children a form of rickets as our dentist pointed out.’

For my oma, all desire was bad.  Desire was to be squashed.

And yet without desire there can be no pleasurable expectation, no sense of the value of anything.

And worse still when our desires but must not even be considered.

Therein lies a problem for the priests. The need to be celibate in thought and deed.

How do you straitjacket your mind, when your mind will have its own way?

Unless you split off your desires into denial or slip into situations where your right hand does not know or recognise what your left hand is doing. 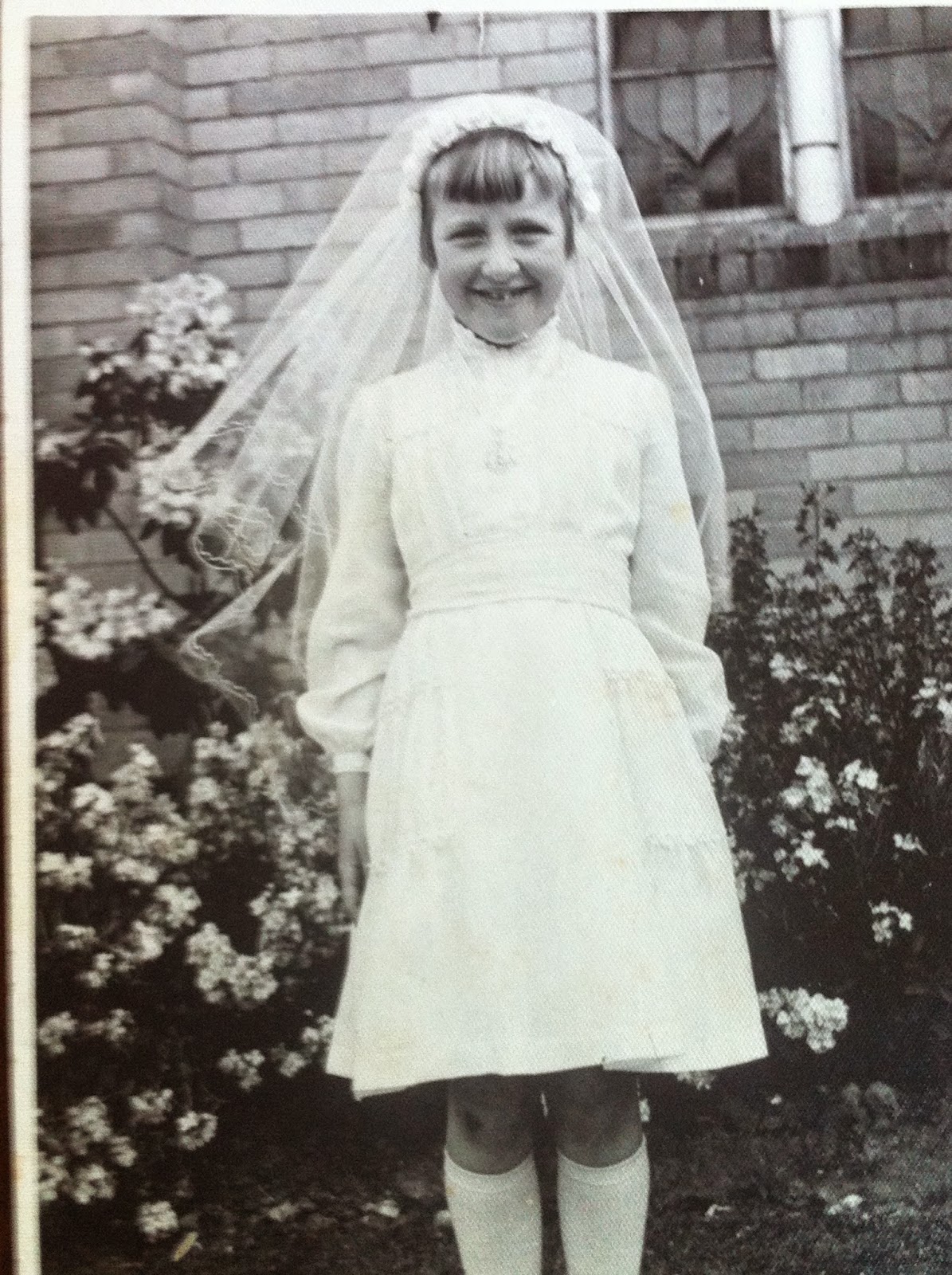 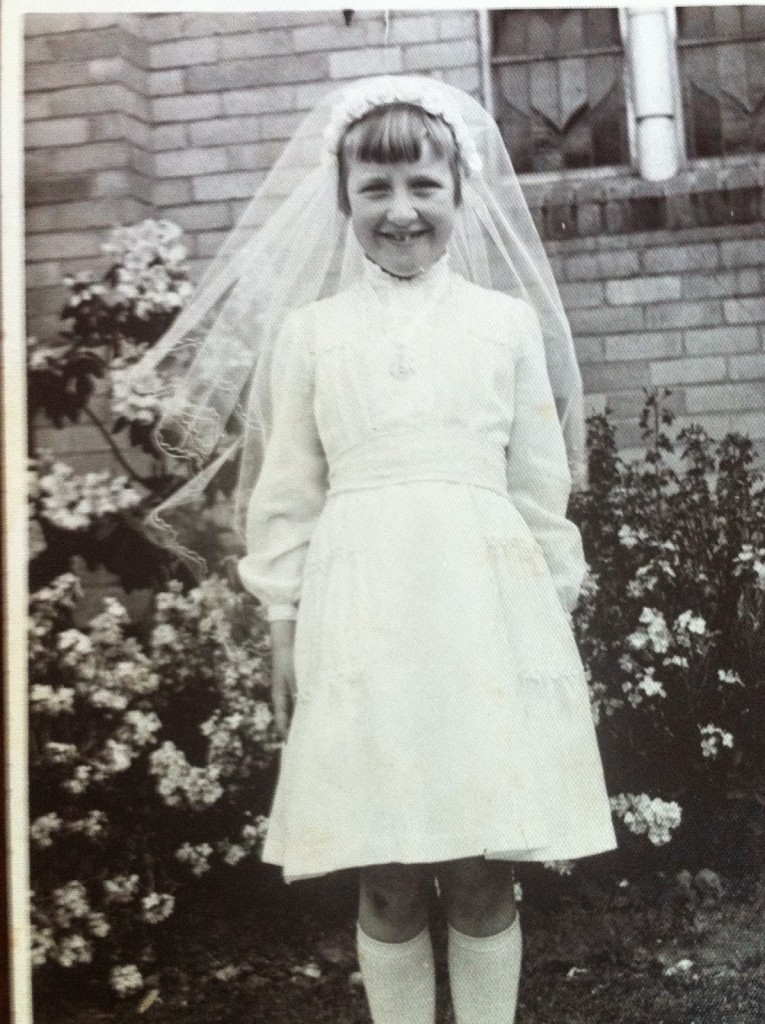