Don’t let shame get in the way. Don’t let it dictate your every move. Don’t let it turn you into a shy thing, scared of every flicker in another’s eye. For fear of their judgement. Judgements that can rain on you like so much graffiti, tagging your glorious persona.

Shyness is that mildest of the paranoias. It makes it hard for any of us to creep around among others, unless we’re willing to shake off the overcoat that hides us from the world.

You must not shy away from the task at hand, a task made more difficult by the pressure of time. When I’m under pressure, it’s hard to think. My mind pitches forward to where I must go or what I must do. It refuses to let me wander along the by ways and side paths onto cul de sacs of nothingness, into the joy of a meander.

It makes me rush into concrete thoughts about where and what now. What now? I ask.

Words tumble into my brain like so much confetti, each tiny fragment a disc of colour manufactured in a factory somewhere, someone’s incessant pressings to create a rainbow coloured snow storm that lands on the bride’s white veil or her husband’s uncovered head.

My father wore a hat to his wedding. A tall top hat, still in fashion for such occasions in the 1940s. I expect he did not wear one otherwise.

My husband insisted the funeral celebrant also wear a top hat at his father’s funeral. He instructed the funeral director in top hat to lead the hearse down the hill away from the church of the Sacred Heart slowly. All mourners followed on foot aftet the pall bearers had slid the coffin into the hearse. After which the hearse gathered speed, and the mourners straddled off to their respective cars, to follow headlights on full blare, onto the graveyard in Lilydale.

My husband wanted his father’s death to be memorable as if at last he was able to give his father something for which his father could not criticise him.

My own father’s funeral was marked by a surprisingly full church given how taciturn he was in life and how few friends he made. But he had his many children and their partners. He had his many grandchildren, and my mother had the parish which my father had begun to frequent during his final years after he stopped drinking.

There was even the Our Lady of the Assumption’s charismatic group towards the back of the church, wild-eyed middle-aged women mainly, muttering under their breaths and stomping their feet as my pall bearing brothers carried the coffin out to the hearse ready for its trip to the graveyard. My father’s final trip on earth.

My oldest brother’s eulogy still rings in my ears. The way he praised our father as a man of interest and scarcely mentioned the cruelty he inflicted on us all. I did not fully understand the degree to which my oldest brother, a decade ahead of me, had a different view of his father from us younger ones. But also, this is a brother who takes his role as the oldest seriously, as many an oldest sibling does, especially coming from a large family.

There are many first born, so weighed down by the weight of expectation heaped on their small shoulders soon after birth, they cannot help but take on the leadership role that comes by dint of birth order.

At the graveyard where we buried my father, my ten days old first-born daughter began to cry when they lowered the cask into the ground and my husband took her away to a nearby grave side mound where he changed her nappy. He told us later that some passers-by on the golf course behind the cemetery heard a baby crying and called out to see if anyone needed help.

None of my children knew their grandfather. Not so unusual in generations of old. The old, already ancient in their fifties, and no longer able to hang around to help. Not that my father would have helped any more than I let my mother help me with my children. By then she already some fifteen grandchildren and I did not want mine to be among the one-of-many as I so often felt throughout my life. A state of mind that has tended me towards a loudness that can be too much for some.

A lack of ostensible shyness even as underneath I might be quaking. Even as once I hit the fifty-year-old mark, the age when people begin to become irrelevant, ‘invisible’, as a friend once told me, I was determined not to let my shame dictate the course of my life, determined not to let those fears of judgement impale me on the fence posts of shame. 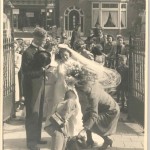 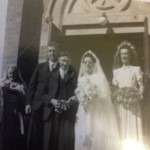 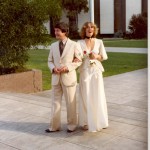