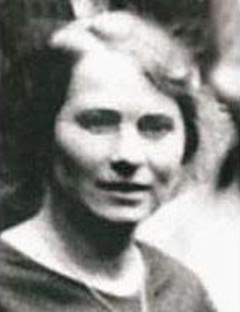 Yesterday I read about Avery Gordon’s ideas on hauntings, ghosts, the uncanny and wondered about the times I have felt haunted?

There were times years ago when in conjunction with a dream I felt the cold touch of my dead father’s hand on my arm in the corridor in the middle of the night as I walked to the kitchen for a drink.

Sometimes I have wondered about this house itself, which has undergone many lives since it was built in 1905. Years later it was divided into two, two rooming houses. Before then it had been a doctor’s surgery. By the time we bought it, the house was in serious disrepair, especially the two kitchen lean twos in the back section and the two bathrooms and toilets.

Bill found a wedding ring on the floor beneath the mantelpiece when he was renovating what is now our bedroom some twenty years ago. I wear it to this day. At first I felt uneasy wearing a ring that must once have been lost by a stranger. How upset she must have been, I thought. Or relieved to be spared the burden of her marital ring. The latter is less likely. She would have existed pre 1980, maybe even at the turn of the century. It must have saddened her. It must.

Avery Gordon is on about haunting and the sociological imagination and in it she includes a chapter on psychoanalysis. She re-tells the story of Sabina Spielrein who as a young woman in the early 1800s was sent by her parents, to the Burgholzli hospital. She was said to be suffering a serious nervous disorder, elsewhere and later described as schizophrenia. Within a few years it appears she was cured of her illness and was then sent off to see the great Carl Jung and the two it seems fell in love with one another, a common enough story, particularly in the early days of psychoanalysis. These days too if you are to read Esther Helfgott’s account of her more recent analytic experience.

Although there is no evidence to suggest that the relationship between Jung and Spielrein was or was not consummated, it was mutual. Evidence a plenty from letters between the two. Jung called it off because the rumours were flying and Spielrein herself went on to become a psychoanalyst, and her relationship with Jung continued over a number of years. Her story ends badly, with her early death along with her daughters at the hands of the Nazis.

Gordon considers that Spielrein is a ghost hovering over the pages of analytic history. It was Spielrein who first wrote a paper alluding to the death instinct. She developed other ideas, too, that Jung and Freud borrowed. But in the end, despite initial recognition of her achievement, they soon forgot it. Not an uncommon story for those days in the history of women kind. Freud refers to her in one of his letters as the ‘little girl’.

Did I raise the specter of a ghost in my presentation to the VAPP three weeks ago? Did I cause everyone in the room to shudder under the icy chill of death’s wings? Incest, real and imagined, incest familial, professional and historical.

Why can we not find a ‘hospitable place’ in which the ghosts of our ancestors might rest? Or must we continue to blame the messenger, chastise the one who speaks because she dares to speak out against other fixed beliefs.

2 thoughts on “Talking to Ghosts”