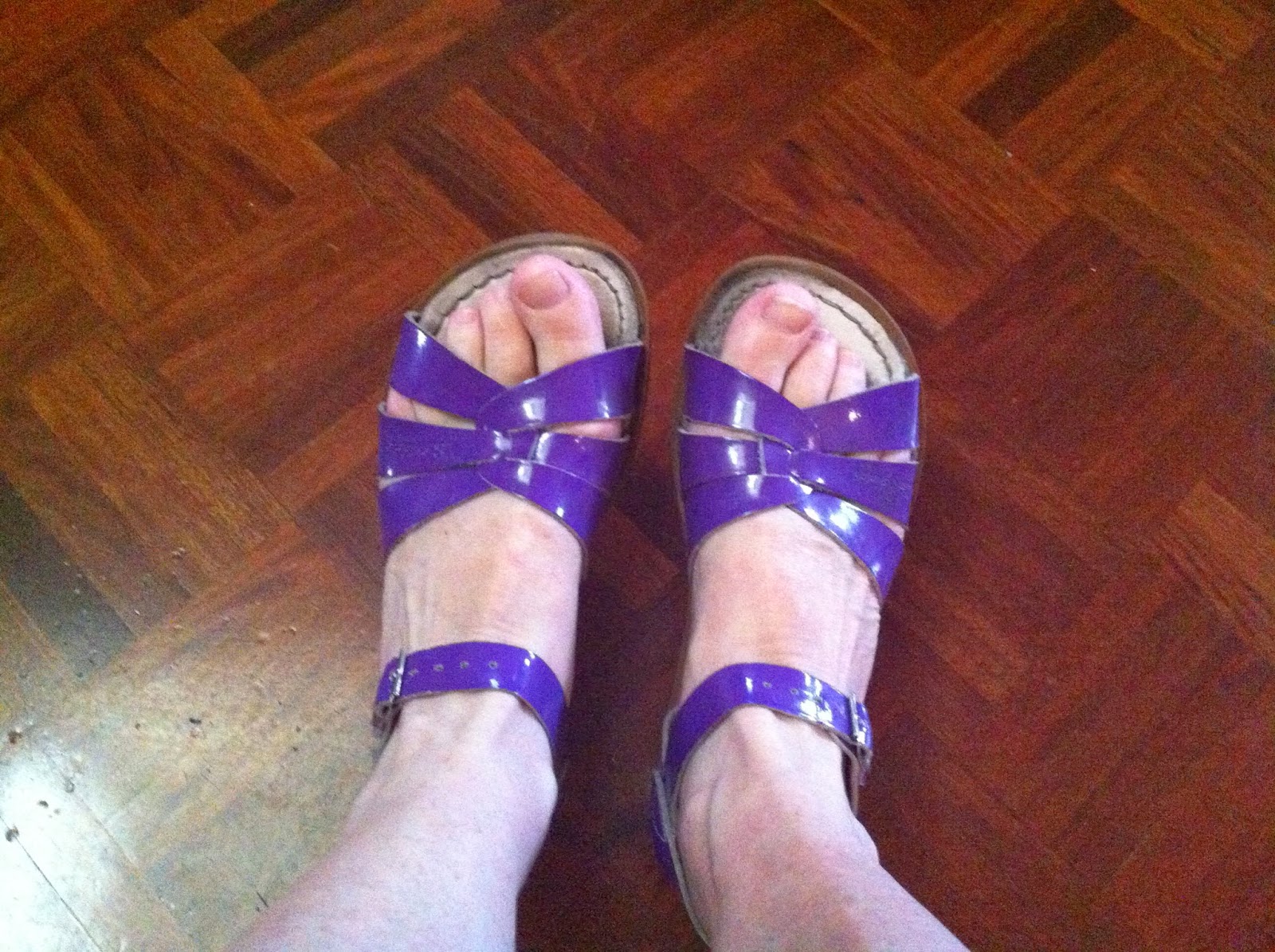 I wore my daughter’s purple sandals a few days ago and
looked down at my feet. 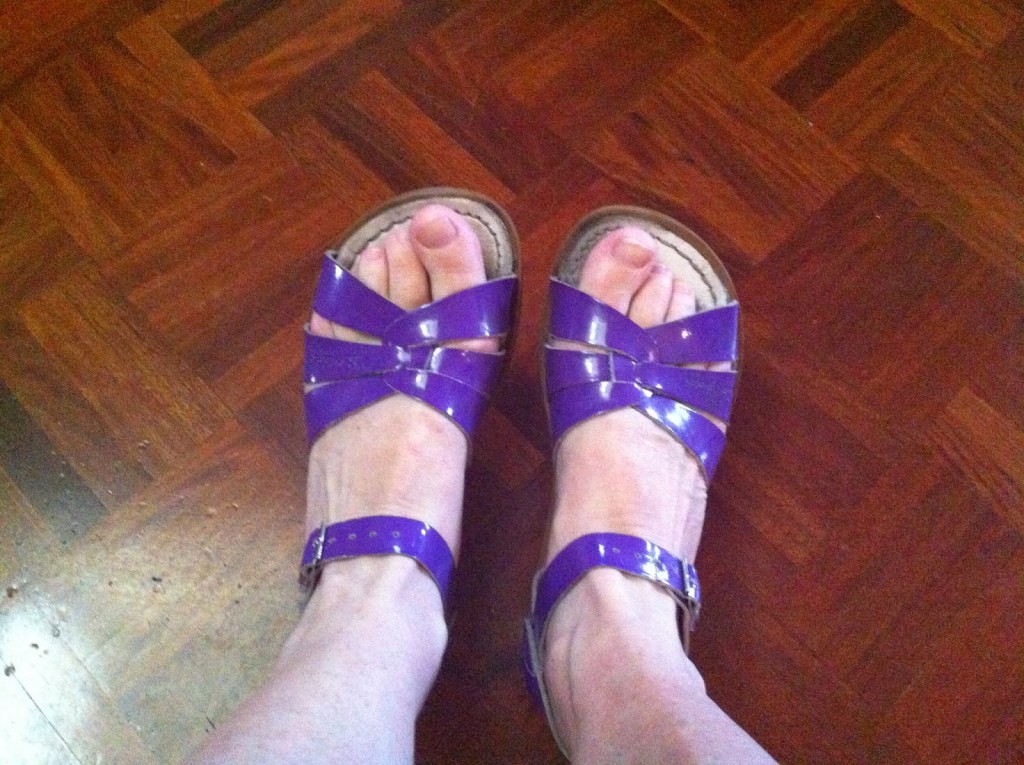 I saw other young women around me whose
mothers looked almost as young as their daughters, or at least they dressed as though they were the same age, with firm tight gymmed-out bodies and I recoiled.

Did I want my mother as a frump to mark
out the generations?

A Freudian might say it was about sexual rivalry – mothers and daughters.  Just as a mother is coming to the end
of her sexually active life, a daughter is entering hers.  There’s no room for both.  Or so we like to think.

The women in my family of origin are all shapes and
sizes.  We span a ten year time
slot from oldest girl to youngest.  There are brothers slotted between, but
here I refer only to the girls because as girls we were bunched together – the girls versus the boys.
My older sister erupted into her adult, and to my mind, sexual body and I once thought it revolting.  I wanted to
stay young, even as another part of me longed to grow breasts of my own.
Childhood seemed then a safer bet to
female adulthood with all that adulthood entailed, from the beauty of breasts to the
ugliness of pimples.

I wanted none
of it.  I wanted all of it.

My older sister prepared one day to go
into the city to meet friends.  I
watched her as she sat at the dressing table.  She dabbed powder from a tight compact onto her cheeks on top of the stuff she had squeezed
from a pink bottle of what was then called foundation.

My sister spread it well concentrating on the blotchy bits of her
face to cover any blemishes.  Her face makeup caked on like a mask, she then smeared her lips, a deep pearly pink with a touch of
purple. The lipstick suited her blue eyes.
She pressed her lips together and puckered to even out the stain, and then dabbed at
the corners of her mouth with a handkerchief.

She wore a tight woollen jumper, with a V neck that accentuated her cleavage.
Winter time and her skirt was also made of wool, hip hugging and knee length
above her black tights.  She wore
low heeled  black shoes, middies, that clicked as she walked across the concrete
footpath on her way from the house.
I could walk her to the station if I had
wanted but by then my jealousy was intense to the point that I could not bear
the comparison any longer.
Me, four
years younger and every bit the gawk, torn between growing up and staying small.

4 thoughts on “To mark out the generations”