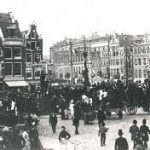 4 thoughts on “Watch further, if you can”