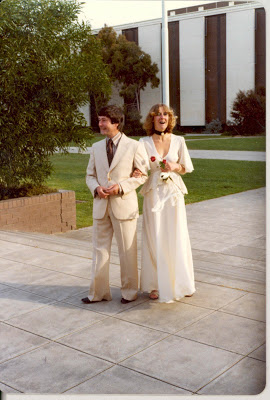 It’s the oddest sensation to find yourself in the pages of someone else’s story. My friend Carrie Tiffany – I mention her by name because she is a writer and has published a story and therefore presumably does not need to remain anonymous, as so many others do – has written a story in which she includes a brief description of a time we spent together several years ago now.

It’s a sympathetic portrait and there’s nothing in it to feel ashamed about. Carrie had mentioned it to me even as she was writing the story out of concern for my sensitivities. The vignette is merely a side tributary on the river of this wonderful story, which is well worth reading.

Many years ago when I discussed some of my concerns about writing about my siblings and how they might feel, my then writing teacher asked if I’d ever been written about. As if I could only judge the experience through my own experience.

It’s the oddest sensation. That’s me there on the page, the ‘Liz’ a peripheral character, who in Carrie’s story spells her name with ‘z’ and not an ‘s’, that’s me, and yet it’s not me at all. I’ve been fictionalised.

It’s a me from the past, snap frozen in time, a tiny cameo of my husband and me, one winters day, I say winter because if it was written six months after my husband’s heart attack, then it must have been the wintertime, but it could just have easily happened in the summer.

I write about this experience here now because I am pondering the issue of finding yourself described in someone else’s pages and how unsettling this can be, however much we know it to be fictionalised. I’m also wondering about the degree to which all creative writing however much it is described as non-fiction and allegedly therefore based on the so-called truth is in fact a fiction.

The minor characters, Liz and Bob, in Carrie’s story are fictional characters however much based on real life characters. We know this and yet we tend to argue in polarities. Either it’s true – non-fiction, or it’s not – and therefore its fiction.

It can’t be both, and yet it is both.

And here I intersperse a photo break, a poorly captured image of my husband and me on our wedding day, to add to Carrie’s image of Liz and Bob well before any of this happened.

I enjoy featuring in Carrie’s story because it gives me a different perspective of myself. Is that how I look/looked to her then. She ascribes such kind motives to me. It’s true I had wanted to reassure her in some way about her heart, as I believe had my husband, but I think I am not as benign as Carrie’s Liz comes across.

Even the fact that I write about this now makes me wonder whether it’s not a sort of retaliation. You write about me and I’ll write about you. But now I write about a real person who is also a fictional character and quake inside because Carrie reads my blog.

I’m giving a talk in a couple of weeks on the topic of ‘Auto/biography’: an excess of fiction or in excess of it? As chance would have it, and chance/serendipity is such a wonderful companion, my copy of William Michaelian’s, A Listening Thing, arrived during the week.

I opened the first pages and found these wonderful words in his preface. ‘We can’t escape the fact that life is fiction, and fiction is life – a point upon which science and the practical mind are tragically confused. The practical mind says, ‘That which is imagined does not really exist’ and science which wears matching socks even on weekends, trots out any number of laws to support this bland assumption. But laws are yesterday’s news, placeholders until something even more sensible comes along. Then we laugh at the old laws, just as if an alien race had made them, a race comprised of beings not nearly as smart as we – while, thanks to laws and our adherence to them, and worship of them, we have forgotten more of value than we will ever know, which is to say an arrogant, universal thimbleful.’’

So William too writes about a fictional character, Stephen Monroe, who is also himself, the author and narrator, William Michaelian, but at the same time not himself.

If this stuff ties you up in knots I’m not surprised. I find myself twisting over myself in trying to find a way of describing something that seems so intangible.

Why does it make us flinch to be written about? According to Helen Garner, ‘it’s not so much the revelation of fact, as the feeling that somebody else is telling your story, and stating something without the justifying tone that you use yourself…You feel stripped and bare and you can’t say “Oh well that’s just me,” in that cosy way that one does.’

When I read about myself on the page, it’s like looking into one of those distorted mirrors you find at a circus. There’s one in the children’s section at the Melbourne Museum. I went there during the week with my grandson and we looked at ourselves reflected there. Three mirrors flowed down the wall, the one flat, the other convex, and the third concave.

In the two distorted mirrors we saw ourselves, stunted and deformed, too tall in the neck, too short in the torso, and as we giggled and danced in front of our images, they became even more deformed.

We came back three times. To be able to contort our self image into so many odd shapes and sizes gave us great pleasure, the same pleasure I find when I or someone else uses my form and tries to shape me into something that is not quite how I see myself from the inside.

But even myself inside feels like that person in the mirror, too long here, too wide there, a leery grin here, eyes too big in my head there, a caricature of myself, whoever she is, in all her many manifestations.

I came into the kitchen just now, early morning and no one else is awake as yet, and found one of the cats chewing on the remains of what looked to be a mouse. I approached with the intention of retrieving the mouse. For some reason I do not enjoy the sight or sound of a cat munching on mice bones.

The cat let our a low growl. He wasn’t giving up his prey so easily. In the end I left him to it, but wondered why with full bowls of perfectly produced shop bought cat food, the stuff the cats generally prefer, the stuff that comes in tins from the supermarket, should this cat prefer his own caught mouse, disgusting bones and all?

I’m not a cat. I cannot say, but perhaps it’s the same as in the writing process. We land on something and cannot let it go. We gnaw away at it or it gnaws away at us and will not let us be.

Have you ever been written about? How was it for you? Disarming, disturbing, delightful? Or something else altogether? Anything’s possible.

59 thoughts on “Have you ever been written about?”