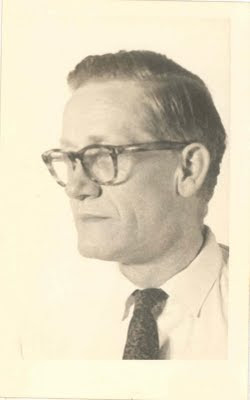 My youngest daughter is learning to drive. In these first few weeks she is having proper lessons with an RACV driving instructor before she is ready to go out and practice with her parents.
‘The instructor is so strict,’ she said to me the other day as I drove her to school. ‘I so much as creep off the white line a fraction and he orders me back.’ She turns towards me. ‘You don’t always stay on the white line.’

‘I know, ‘ I said. ‘But it’s like learning the rules of grammar. You need to be meticulous when you first learn them and follow the rules to the letter. Only when you understand them can you deviate.’

Learning the rules of the road are more essential to the preservation of life than learning the rules of grammar but I suspect there is merit in first learning to do something – whatever it is – strictly, according to some set of rules and then using your intuition to know when to break them.

Tomorrow is the anniversary of the day I broke my leg last year, 4 September 2010. I must take care to avoid a repeat. Lightning, they say, never strikes in the same place twice. It’s unlikely I’ll break my leg again, but why, I wonder, is it such a time of anxiety?

Twenty years ago almost to the day, on 2 September 1991, the analysts gave me the sack from the psychoanalytic training. I do not write about this event in my blog as it seems too unacceptable to mention in such a public forum, besides it belongs to a part of my life I do not include here, my professional life. And yet it is an event that also sparked the writing of my thesis on the desire for revenge and so it is an essential brick in the wall of my story.

It’s funny how blogs represent only parts of our lives and other parts remain hidden from view. Mostly I hide the things of which I feel most deeply ashamed. Even as they peek out at me and beg to be included in my writing. Until I can move a little past the initial gut wrenching tug of shame I cannot speak about them. I must hide them from view. So it is with the analytic training.

Twenty years is a long time to feel so deeply about an unfortunate event and although I do not write in detail here about this experience, you can take my word for it, this rates for me as one of the worst experiences of my adult life.

Though of course, like so many traumatic experiences it has proved itself to be one of the most useful. It stimulated me to go back to writing, an activity I had abandoned once I hit adolescence, when I first decided on a career in the helping professions.

Here I shall include an image of my father circa 1964. I include it as a cryptic reference to my father who had an influence on the experiences to which I allude here and also to break up the text. I’m trying hard to respect people’s abhorrence within the the blogosphere for reams of writing.

There are two stories that come to mind here. The first I heard on the TV series Ballykissangel, when the priest, Peter Clifford, first acknowledges his love for Assumpta Fitzgerald

There’s this baby polar bear swimming in the sea and he climbs out, runs across the ice to his mother and says, ‘Mum, are you sure I’m a polar bear?’ And his Mum says. ‘Don’t be daft. Of course I’m sure. You have white fur, you eat fish. You’re a polar bear. Now get back into the sea.’

And the baby bear says, ‘Because I’m freezing.’

This story has stayed with me, as a statement of the pain of not belonging, a fish out of water, to use an ill chosen cliché.

The second anecdote derives from a you tube I saw by chance recently on the nature of creativity through Hilary’s blog. To be truly creative the photographer, Andrew Zuckerman, argues you need ‘curiosity and rigour’. He uses the example of an experiment he’d heard about where researches used three groups of mice under three different sets of conditions.

Then the researchers measured the brain development of the mice. They found the first mouse showed no dendritic growth at all. Nothing in its brain changed during the research period. The second mouse grew new dendrites, but it was the third mouse which not only grew more dendrites but also grew connections between them. The point being that to grow we need to face our fears and challenges.

The first story suggests a wish to get out of what to the baby polar bear felt like an overwhelming challenge, to belong where he felt he did not belong, whereas the second one urges us to press on regardless. There is an optimal level of challenges we must face. too much challenge and we buckle under, not enough and we atrophy.

Yesterday was the twentieth anniversary of the day on which I was dismissed from the psychoanalytic training and I did not even recognise it at the time, though I left my keys behind in the changing rooms of a clothes shop where I had tried on a shirt for size and I misplaced my credit card after I bought the shirt and could not find it later in the evening when I was out for dinner with my husband and went to pay for our meal.

I knew then, as we walked home from the restaurant and I had still not located my credit card that something was not quite right.

Not until now this morning, after I have relocated my credit card in another section of my wallet where I usually only put coins and notes not cards, do I realise how unsettled I am. And tomorrow – and this I remember in advance – is the second anniversary of my broken leg. All up a time of painful memories and anniversaries. I must take extra care today and tomorrow.